Pastor Michel Musacchio and the congregation of Sierra Pines Church in Oakhurst, California, are overcoming the COVID-19 crisis and creatively bringing some stellar encouragement to the local businesses of their community. Before the pandemic hit, Sierra Pines was faced with a problem—how to help a tourist town that was undergoing road construction on a main artery road, which was also blocking the entrances to local businesses (retail, restaurants, etc.). Though the repairs were needed, the fallout was threatening some of the entrepreneurs who mean so much to the community. Sierra Pines had an idea—a “cash mob.”

The church’s legacy pastor, Bruce Newton (who founded the church), would “interview” a local eatery and then show the video promotion to the church, telling them to show up the next week and spend some money at the business. A local donut shop owner later reported that she had thirty dozen orders as a result of the cash mob. By the way, it is fun; everyone knows that serving the Lord, encouraging others, and donuts are a recipe for instant success! The church did the same for many other restaurants and local retail shops, as well.

When the COVID-19 crisis hit, the church realized that restaurants were one of the top-three largest employers in America, so they organized efforts to “cash mob” those locations. The pandemic may have altered their methodology, but they were relentless in impacting these companies and their owners, as well as the employees. Often, the church would tell the restaurant what they were doing so there would be enough supplies and food for the ensuing rush. One owner remarked that his sales in mid-April 2020 matched his normal revenue—outstanding!

In a congregation of 500 people, strategy can make a real impact, but the blessing drills deeper. Pastor Musacchio recalls his newfound relationship with one of the owners. “Sometimes, we don’t realize that people need to talk about the difficulties of the perils they face. We helped his business, but one of the real joys was encouraging him personally. I cannot explain the impact that it had on me, too. Our phone conversations included some real tears from both of us!”

Sierra Pines Church has another community outreach, called “The Dollar Club.” Any loose dollar bills in the offering are placed in The Dollar Club, and the church uses it to bless the owners. One owner received $500 right before Christmas. Opportunities exist everywhere, and the church members often stood near the checkout lines at a grocery store and paid for random patrons’ groceries. 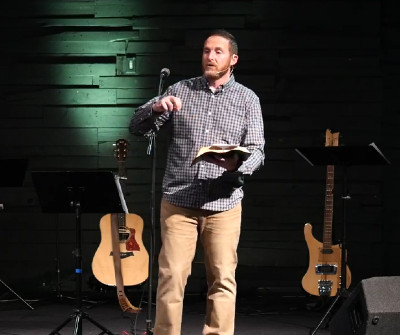 Pastor Michel just assumed the role of lead pastor a little over a year ago after having served the church for fifteen years in youth and administration. He notes that last year was the “hardest, best thing” of his life. “I wonder,” he reflects, “If Shadrach, Meshach, and Abednego really wanted to get out of the fire?”

When God places us in the midst of suffering and peril, we must rely on his wisdom and strength; the world needs to see his presence and power in our lives! The world will say with Nebuchadnezzar, “… “‘Praise be to the God of Shadrach, Meshach, and Abednego, who has sent his angel and rescued his servants…’” (Daniel 3:28 NIV). 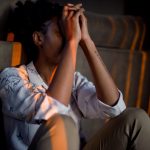 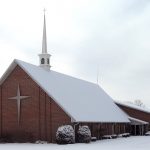