By chogministries
Posted September 14, 2017
In All Church of God, Western
Calgary Church Fosters Culture of Adoption2017-09-142017-09-14https://www.jesusisthesubject.org/wp-content/uploads/2016/07/ChogLogo-Light.svgChurch of God Ministrieshttps://www.jesusisthesubject.org/wp-content/uploads/2016/07/ChogLogo-Light.svg200px200px 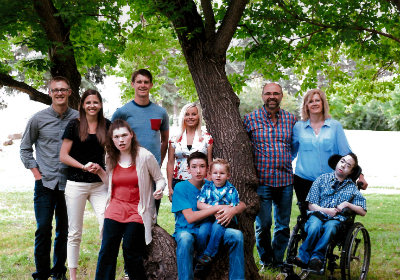 Poverty, trafficking, homelessness, illiteracy, hunger, and lack of access to clean water are just some of the issues that plague our world. Often heard in response to such a list is the familiar refrain: someone should do something! Of course, that someone is usually someone else. But not in the case of Pastor Mark Kowalko and Glamorgan Church of God in Calgary, Canada. They’ve seen and heard about too many children who have fallen through the cracks of society, and simply won’t stand for it anymore. For more than two decades, they’ve fostered a culture of adoption that has resulted in homes for more than a hundred kids.

Statistics show that 33 percent of Americans have considered adoption, yet less than 2 percent actually adopt. If only one in every three churches in the United States were to adopt a child, every child would be covered.* Whatever the reason for the disconnect, the culture began to change at Glamorgan Church of God when one family set the example. At Glamorgan, it was the pastor and his wife. 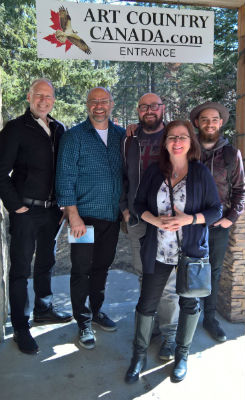 Jim Lyon with Pastor Mark and his ministry team, March 2017.

Pastor Mark’s wife Sandi was raised as an adopted child. Her experience was wonderful. She loved that she was adopted and even felt sorry for her peers who weren’t. This perspective on adoption naturally spilled over into her marriage with Mark. Before they were married, Sandi had made it clear that adoption would be a part of their future—no questions asked. Still, neither one of them had a clear picture of all their future would entail.

“It all started with fostering,” Mark explains. “The adoption came later, when some of the children being fostered became available for adoption. We were able to help foster children into their forever homes. And then came the opportunity for some of our foster parents to adopt the children already in our care. When the adoptions began happening, we learned of a few families in the congregation who had adopted their children some twenty-plus years earlier. This revealed that some of the culture of adoption had already been a part of our people many years earlier, but had been lying someone silent until the fostering and adopting started to happen in the church.”

About six families at Glamorgan have completed the adoption process. The church has also gone on to help transition children into another six homes outside of the congregation. The blessings climb to well over a hundred when considering the foster kids who have been loved by both individual families in the church and the entire congregation when gathered for worship. 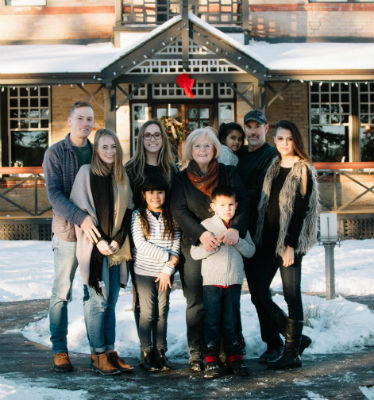 The Mike and Anita South family were the first ones to follow the Kowalkos’ example of fostering and adoption.

“Most of the ‘culture’ was awakened in the congregation by watching us,” Mark recalls, “and hearing the stories shared informally in conversations about children in hard places by no choice of their own, and there was a significant need for more foster homes in our affluent city. This fact caught so many people by surprise. I don’t recall any communication from the pulpit except to inform the congregation of what our family was doing and introducing the new children to them. Over the next several years, three other families from our congregation also began fostering. Many other families became involved through emotional and spiritual support and prayers; providing resources like clothing, cribs, toys, playpens, etc.; as well as providing respite and babysitting.”

It should be come as no surprise that the Glamorgan church has noticed the obvious biblical parallels. From the believer’s adoption as children of God to the welcoming of the lost, the prodigal, the outcast, the widow, and the orphan, the spiritual lessons have been continuous. Pastor Mark and Sandi have both grown closer to the heavenly Father in their pursuit of bringing children under their wings. And while there is much ground to cover for God’s people today in the care of orphans and widows, Pastor Mark is sure that a churchwide commitment to using spiritual gifts for the building up of the body of Christ would go a long way in changing the world—and not just the children.

Worship at Glamorgan Church of God.

“In biblical times,” Mark explains, “the widows and orphans were the forgotten, voiceless people in society who quickly and easily fell through the cracks of care, compassion, and love. Governments at that time gave no support to such people. It was God’s design that families care for every member of the family, and that his people would ensure that any that were not cared for by their own families, would be cared for by God’s people—that no one would be left behind.”

The incredible work of Glamorgan Church of God isn’t limited to foster care and adoption. There’s so much more. Their next major divine assignment: partner with CHOG Trafficklight and other related ministries to curb the curse of human trafficking.

In Calgary, Alberta, across North America, and around the world, God is on the move in the Church of God. Join the movement. Reach our world. Donate today at give.jesusisthesubject.org.