By Faith and Not by Sight: A Blind Minister’s Vision Realized

By chogministries
Posted October 27, 2016
In All Church of God, Great Lakes
By Faith and Not by Sight: A Blind Minister’s Vision Realized2016-10-272016-10-27https://www.jesusisthesubject.org/wp-content/uploads/2016/07/ChogLogo-Light.svgChurch of God Ministrieshttps://www.jesusisthesubject.org/wp-content/uploads/2016/07/ChogLogo-Light.svg200px200px 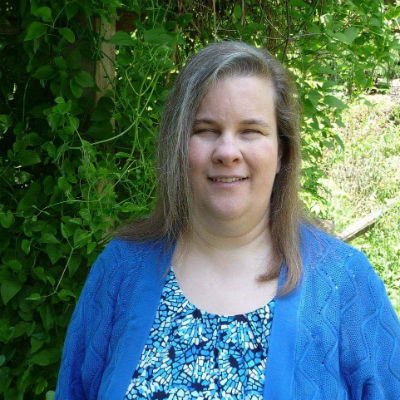 A complication of premature birth, blindness has been an ever-present struggle for Sarah Blake LaRose. Though she’s had to endure the great challenges of blindness, and a variety of other physical hardships, she’s also seen clearly the beautiful nuances of life that many with fully functioning eyes may never see. Moreover, her contributions to society, particularly for the blind community, have been astounding. So astounding, in fact, that she was named one of this year’s Dr. Jacob Bolotin Award winners by the National Federation of the Blind. Sarah, who envisioned equal accessibility to scholarly study of the Bible for the blind, has, in many ways, herself contributed to the realization of that dream.

At the award ceremony earlier this year, Sarah explained that she used to receive e-mails from prospective students asking her if is possible to pursue studies of biblical languages and yet be blind. Reflecting back on the experience that led to this moment of accomplishment, she explains, “What we are doing didn’t become real to me until I stood on the stage and I realized that this project has the power to make the difference in whether a student gets exempted from biblical languages or whether a dean suggests they change their major. These are the things that have actually happened to blind people who have gone to Christian colleges and seminaries.” Concluding her speech that day, she remarked, “There should be no more exemptions for anybody who wants to study these languages!” Thanks to a group she’s partnered with, dubbed the Semitic Scholars, there doesn’t have to be. 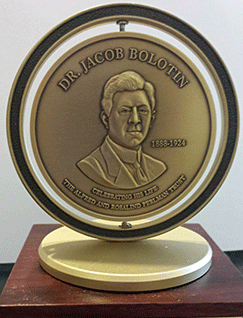 Well-suited for the task, Sarah has been using Duxbury-brand translator products since 1993. The Duxbury Translator, software that can turn a standard file, such as a Microsoft Word document, into a format readable by a braille embosser, has been steadily expanding its language base since it was first developed. When Sarah needed the tool for her Greek course at Anderson University, she found it coming up short. Corresponding with a Duxbury employee about the issue, she ended up working with them to update the product, using her own knowledge of the JAWS screen-reader for the blind. Ultimately she began serving as a beta tester for a feature that made multilingual documents accessible to the blind, and helped the team of Semitic Scholars develop a product designed specifically for biblical languages. Much has been done, but there is much left to do.

Sarah’s ability to read biblical languages also came in handy for her contribution to these award-winning efforts. Today she not only manages a blog and website replete with tools for those special needs and helpful resources for the general public, she also serves as an adjunct professor of Hebrew for Anderson University School of Theology and Christian Ministry. Together with her blind husband Kevin, they share an inspirational blog on the ups and downs of married life amid the unique challenges associated with blindness and compounded by other health issues.

When asked about what she wishes more people understood about the blind community, she cites the frequency of people assuming she would want to pastor a church of blind people. “We like to participate in the community, make friends with our neighbors, and do many of the same things you do,” Sarah explains. “Please ask questions about our interests, our jobs, our families, etc. We think about a lot of things and would enjoy talking about them. Also, I would like people to feel less anxious about how to help. Start by just saying hello and giving us a chance to get to know you. Trust us to ask for help if we need it. We aren’t afraid to ask. The most important part of helping is being available, and the best way to do that is just to be a friend and have an open and teachable spirit.”