Brother Mink’s Fight for a Cure

By chogministries
Posted November 9, 2016
In All Church of God, Central, Home Missions
Brother Mink’s Fight for a Cure2016-11-092016-11-09https://www.jesusisthesubject.org/wp-content/uploads/2016/07/ChogLogo-Light.svgChurch of God Ministrieshttps://www.jesusisthesubject.org/wp-content/uploads/2016/07/ChogLogo-Light.svg200px200px 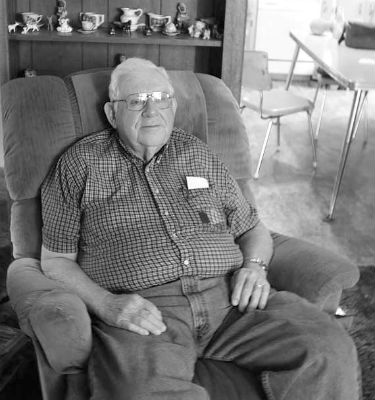 I look back at my nine-year old self and remember the first day that my mother and I moved to Alliance, Nebraska. My mother and I moved to Alliance with very little, but my mom continued to have big dreams for both of us. Our hope seemed to spark from the moment we both met Rev. Donald Mink of the Indian Mission Church of God. This is where I was blessed to hear the story of this man’s battle with prostate cancer. Blessed, you may say, is a strong word to use in this scenario, but to me, it’s not a near powerful enough word.

According to the American Cancer Society, prostate cancer is the most common cancer among men (just after skin cancer), but most is often treated successfully. In all honesty, my young self doesn’t remember when Brother Mink (as his congregation calls him) had cancer, nor did I know much about what specific type of cancer he had.

Brother Mink invited me in to his home, like he always so graciously does. We both sat in his living room as I waited patiently to hear his story. I admit I was a little fearful of what I would hear in great detail, but in the most beautiful, soft, and gentle voice, Brother Mink looked me in the eyes as the sun broke through his curtains and simply described his cancer battle as a “miraculous experience.” Eleven years ago when Brother Mink turned seventy years old, is when he was diagnosed with prostate cancer. When I asked him what he felt before he was diagnosed, he responded with, “I felt something was not right. Something just felt wrong inside of my body.” I became even more curious and talked to him about the exact moment when he heard the news from his doctor that his body had been invaded by prostate cancer.

After hearing the hard news, Mink’s daughter, Linda Abold, asked the doctor if anything could be done. Mink acted out the scene for me as he said the doctor waved his hand a little bit and responded, “We can try radiation treatments.” Brother Mink’s doctor simply told both of them that his cancer was way too advanced for surgery. The simple question of “what can be done?” is one that seemed to linger.

He endured forty-three radiation treatments as each treatment fought a war inside his body, but even then he told me he was still functioning. He admits he was tired but continued his ministry. Brother Mink has the most admirable relationship with the Native American people, not only in Alliance, Nebraska, but also all around this area. Pastor Stanley Hollow Horn of the Wounded Tribe area asked for a healing service for Brother Mink. “People came from the reservations, Scottsbluff, and was standing-room only” Brother Mink said softly, “He read six passages out the Bible as Brother Mink came to the front.”

I sat in silence as Brother Mink told me the exact prayer that Pastor Hollow Horn said to him. I begin to feel myself cry as I desperately held it in. The prayer was one asking for a few more years with Brother Mink as the Native American people needed him. It was simple.

After the service, Brother Mink tells me that they all moved to the fellowship hall and ate. “The meal itself also felt special in that it didn’t feel like a last supper but instead felt like a celebration.”

As I sat and pondered the story that Brother Mink told me, I couldn’t help but want to know everything; every little detail. I wanted him to bring me into this story. Since I have never experienced such a hardship, it’s hard for me to relate. But Brother Mink looked at me again and said, “I was scared. I honestly thought my end was in sight. But there is something special about family and friends that makes you want to keep moving forward no matter how painful.”

Cancer was defeated and Brother Mink has been cancer-free for eleven years.

When I asked him for a last comment, he simply said, “I know what happened and how it happened. But one can make their own conclusions from it. All I know is that I am cancer-free.”

Even as I sat there, it was an amazing to see Brother Mink even talking to me. And to this day, Brother Mink is not only my pastor, but he is my inspiration, my support, and he is my family. Nothing like cancer could have held him back from keeping with his ministry, for he is still working even to this day.

After speaking with Brother Mink, I find that there really is hope for a cure, for we have faith that this hope will one day find that cure.

Article originally published in the Alliance Times-Herald. Republished by permission.