Does ministry run in the family? Maybe not genetically, but there’s no denying that one family member’s passion for ministry can ignite another’s. This has certainly been true in the case of Efrain Cirilo and his younger brother Manny. You may recall reading CHOGnews stories about Efrain’s dynamic ministry as a Church of God pastor-turned-church planter in Texas over the last couple of years. As it turns out, Efrain’s little brother Manny was so inspired by his older sibling that he began following in his footsteps, not only as a head pastor, but as head pastor of Crosspointe Fellowship Church in Kilgore, Texas, the very same church Efrain himself had been pastoring just a year previously.

Here’s how Manny describes his call to ministry: “God made it really clear one Sunday while my brother was preaching. The sermon was about God’s will for our lives. During the sermon he said, ‘If your plans for your life don’t scare the socks off of you then it’s too safe, and it might not be God’s plan for your life.’ Right then I knew that God was calling me.” Describing Efrain’s impact on his life, Manny says, “Efrain has been the Apostle Paul in my life. He mentored me and discipled me even before I had a clue of what he was doing.” 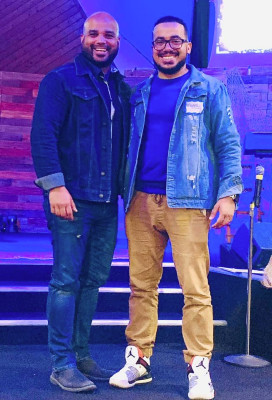 Manny assumed the role of head pastor at Crosspointe at what many would consider to a very inopportune time: right before the start of COVID-19. And while the pandemic has created its share of pastoral challenges, Manny sees those challenges as opportunities to reach people in new ways. He explains that, with so many people already using electronics and social media to stay connected and entertained, the forced shift to online services has been a way that “God used something the enemy meant for evil to get his church where it was already supposed to be.”

Manny has also been using his new position to work for racial unity in his community. Following the tragic death of George Floyd in Minneapolis in May and the nationwide social unrest that followed, Manny felt like he “had to do something.” He partnered with two other pastors in his community, one from a historically black church and one from a historically white church. Together they hosted an online conversation about racial unity in Jesus’ name. He said the efforts have been well-received. They had planned on gathering their churches for combined worship but have had to postpone that in light of the second COVID-19 wave in Texas. 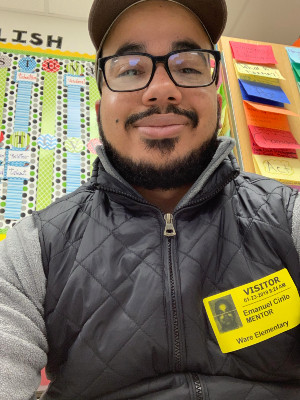 Manny Cirilo loves being a mentor, too!

Mentorship and leadership development are another one of Manny’s passions. He shares that he has “been blessed with being able to mentor a sixteen-year-old who has a heart and calling to preach the gospel. Watching him grow, empowering him and giving him the platform in which to gain experience in his calling has been a great joy.” Manny understands that one of his primary missions is “equipping and empowering tomorrow’s leaders today.”

Manny’s prayer for Crosspointe is “that we would be a church that always chases after the heart of God. That we would realize that the church is not a building, but a fellowship of believers that the Lord is counting on to change the world with the greatest message of all: the gospel message of Jesus Christ.” When asked if there was anything that readers could pray for in regard to his ministry, he responded, “Pray for God’s wisdom to always lead his people in the way that would bring glory to his name.”

Thomas Horrocks serves as pastor of Stoneybrook Community Church of God in Bloomington, Indiana. He also serves as a chaplain in the Indiana Army National Guard. 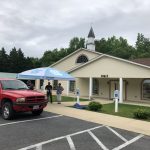 Virginia Church to Community: “We’re Here to Help!”All Church of God, CHOG, Give Life, The Way 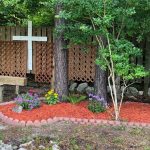