Bringing Hope to the Hood: A Connecticut Church’s Community Commitment

By chogministries
Posted September 29, 2020
In All Church of God, Change the Story, CHOG, Give Life, Northeast
Bringing Hope to the Hood: A Connecticut Church’s Community Commitment2020-09-292021-04-23https://www.jesusisthesubject.org/wp-content/uploads/2016/07/ChogLogo-Light.svgChurch of God Ministrieshttps://www.jesusisthesubject.org/wp-content/uploads/2020/09/esau_greene_newantioch_collage_fw.jpg200px200px

In Mark 5, we read the story of Jesus healing a demon-possessed man. Though the man wanted to get into the boat and travel on with his Healer, Jesus instead instructed him to “go home to your own people and tell them how much the Lord has done for you” (Mark 5:19 NIV).

Pastor Esau Greene says he draws inspiration from that story. He followed the instruction to “go home” five years ago when he returned to the inner city of New Haven, Connecticut, to start New Antioch Church of God. “I was once a drug addict, drug dealer, and I was formerly incarcerated,” he said. Those are the people New Antioch Church now serves.

The church started in July 2015 with only about fifteen to twenty people in attendance. Inspired by “empty seats,” Pastor Green said the small church got to work connecting with its community. Now, the congregation stands at about 140 people. 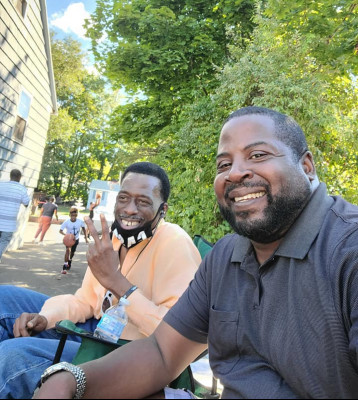 Pastor Esau Greene has a huge heart for the people of his community.

Much of that growth is a result of the church’s “We’re Bringing Hope to the Hood” campaign, a continuous effort over much of the church’s five-year existence. Using the term “hood,” Pastor Greene added, was a strategic choice.

“It’s harsh to some,” he admitted, “but it’s also a term of endearment to those who grew up in the inner city.” He said they wanted the church to endear itself to the community. After prayerful consideration, they felt it was the right choice.

“Our church is composed primarily of individuals from the street. Some were drug dealers, others were addicts, and even prostitutes. We have many who have just returned from incarceration,” Pastor Greene said. Noting the divine irony, he continued, “Can you believe a former addict and dealer has the chief of police on his speed dial? Even the trials of life form relationships that prove profitable for the ministry.”

Growth, however, hasn’t always come easily. When Hope of the Hood first began, there were little results. But again, the difficulties brought fruitfulness. 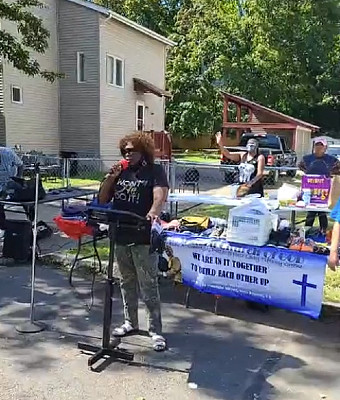 “Through that season of lack, we learned many in our communities were not receptive because ‘church people’ would often come through, but didn’t practice consistency,” Pastor Greene explained. “We had to cast our nets a little farther down the street, and show people we weren’t just going through the motions. We had a genuine love for them.”

Harvesting the “vineyard”—as he calls it—requires establishing “a feeling of trust throughout the city.” Now 140 people strong, the church is experiencing a new challenge: finding a place to worship.

“When the church we were renting from saw the physical growth that God has blessed us with, it decided this should equate to additional rent,” Pastor Greene said. “We are currently seeking financial support to purchase our own church home to continue much-needed work in our community.”

With or without a physical home, Hope for the Hood continues to live out the words of the campaign title. “We witness families restored, broken hearts mended, and those bound by drugs and alcohol delivered,” Pastor Greene said. “We believe the very best is yet to come.”

David Vogel is the communication director for Central Community Church in Wichita, Kansas. 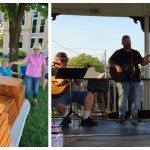 Prayer Plus Action: Arkansas Church Partners in Prayer, Service to CommunityAll Church of God, Change the Story, CHOG, Give Life, Southeast, The Way 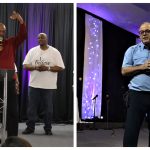