Brazil Inspired by the Radical Roots of the Church of God 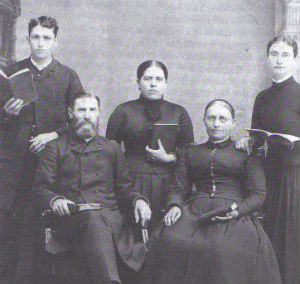 In August we were invited to address the issue “Postmodernism and the Radical Roots of the Church of God” at the Brazilian Pastor’s Conference in Curitiba. This photo of Warner’s “Holy Band,” which included youth (nineteen-year-old Barney Warren) and women (60 percent of the evangelistic team!) aroused special interest.

Several church leaders asked for a copy of the PowerPoint presentation to share with their churches back home. The commitment of Church of God pioneers to mobilize Spirit-filled believers for kingdom work—despite prevailing social, theological, and racial biases—made sense to Brazil’s contemporary evangelists and church planters. 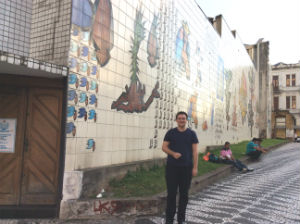 Warner and the other pioneers of the radical holiness movement were simply being true to their vision of restoring the pattern and power of the New Testament church for their day. They believed it embodied the best hope for redeeming the world and transforming society.

It appears that radical, New Testament Christianity is still the best strategy for reaching lost people for Jesus, even in places like Brazil.

For example, the Evangelistic Center Church of God in Curitiba seeks to redeem and transform its urban neighborhood. Founded by veteran church leader and Bible teacher Nelson Junges, the church reflects the social and ethnic diversity of downtown Curitiba.

Current pastors, twenty-five-year-old Christian and twenty-four-year-old Rita Sturzbecher, lead the growing congregation, which meets in a three-story building that also houses a dress shop, conference rooms, and the Sturzbechers’ apartment.

Brazilian believers told us they considered Nelson Junges’ idea for the Evangelistic Center sort of, well, radical when he first proposed it. Now they realize this kind of cutting-edge innovation is needed to reach Brazil for Jesus.

David and Barbara Miller serve the Church of God as regional coordinators for Global Strategy to Latin America.