Brad Lomenick is passionate about raising up great leaders around the globe. He is a renowned speaker, writer, leadership advisor, and founder of Blinc Consulting. He has built a reputation as a strategic connector and convener of America’s most respected and sought-after leaders over the last two decades. For more than ten years, Brad served as lead visionary and president of Catalyst, one of America’s largest and most influential conference movements of young leaders, convening hundreds of thousands of leaders through high energy and experiential conferences across the United States. He is largely credited with growing the organization into one of the largest and most recognized leadership brands and conference gatherings in the world.

Brad is author of the groundbreaking book, The Catalyst Leader: Eight Essentials for Becoming a Change Maker, as well as his most recent leadership book, H3 Leadership: Be Humble, Stay Hungry, Always Hustle, both from Thomas Nelson. Brad serves on the advisory boards for the A21 Campaign, Red Eye Inc., Values Partnerships, No Losing, Fuller Youth Institute, Alpha USA, and Praxis.

Brad Lomenick holds a bachelor’s degree from the University of Oklahoma and currently resides just outside of Atlanta. Brad once played American football in Australia and New Zealand, was in a rap group in high school, and is an outdoorsman who loves hunting, fishing, and snow skiing. He hopes to have his own hunting show someday, and possibly try out for the Senior PGA golf tour. 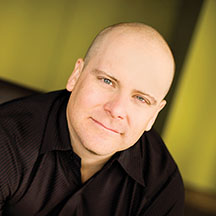