By chogministries
Posted March 10, 2014
In All Church of God
Boldly Choosing to Build Life: Two Churches Merge in Illinois2014-03-102014-03-10https://www.jesusisthesubject.org/wp-content/uploads/2016/07/ChogLogo-Light.svgChurch of God Ministrieshttps://www.jesusisthesubject.org/wp-content/uploads/2016/07/ChogLogo-Light.svg200px200px 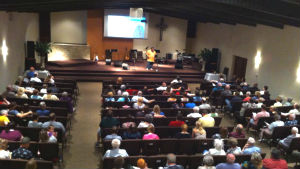 One church was a beacon of light in the heart of the city. Another church was an assembly of believers on the edge of town. One church was considered white collar, while the other was considered blue collar. One church was used to doing church a certain way; the other had slightly different tastes. Both churches longed for revival, and both churches served the same Lord. So when Jesus is the subject, culture and preferences fade to the background. When Jesus is the subject, two different churches can come together, build life together, and function together as a single body of Christ.

Sometimes a merger is a great option for churches. In the case of Peoples Church of God and Rock Springs Church of God in Decatur, Illinois, it was exactly what was needed to refresh the work of the Lord there. Tim Lusitana, pastor of the merged congregation, says, “It has been a great witness to our community. Why do ministry alone? It was a question we asked ourselves. Some were against the idea, yet we had to wrestle with the question, Do we believe in the doctrine of unity? Our community saw both churches set aside their accolades to be involved in something bigger than ourselves.”

Unity didn’t come easy, however. “Identity became an obstacle,” Lusitana explains. “Identity in itself is not an obstacle, but since both churches had a rich history, the successes of the past left 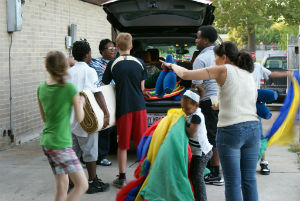 some not being able to see the two churches coming together. I think communication is how we dealt with the obstacles. Of course, grace needs to be in the foundation of the communication. Negotiation needs to happen before any decisions are made.”

Leading up to the merger, the two churches got to know each other. “We had worship services together several times. We did ministry together for a community event, and we had Wednesday night Bible studies for eight weeks. We had town hall meetings so people could ask questions. Both churches also had leadership teams who met five or six times, going through the book Better Together by Jim Tomberlin.”

When churches merge, there are difficulties. But that’s the beauty of unity. When differences exist and harmony persists, the miracle of unity emerges. In the time since the merger, beauty rose from the worst of ashes.

“One of our teenagers was shot by a stray bullet in her neighborhood. As tragic as her death was, Life Builders Church of God got to serve the community. [This teen] was on fire for the Lord. She prayed and witnessed to her friends and family. Before the funeral, her mother told me she had kept a journal of my sermons. I read from her journal during her funeral service. It was standing-room only. We had moved in to the Peoples Church of God building and remodeled the sanctuary. If we had been at the Rock Springs Church of God building, there is no way we could have ministered in the way we did. As I watched my church, Life Builders Church of God, minister to the community, I remembered thinking that there was no line on who was from Rock Springs or Peoples. We were Life Builders Church of God, and Decatur witnessed our common love for our city. God was so thick during that time.”

Courageous steps of faith like this merger of two churches require boldness and the guidance of the Holy Spirit. The theme for the Church of God Convention 2014, June 23–26 in Oklahoma City, is Be Bold! Visit www.chogconvention.org/default for more information about the convention and how you can register.