By chogministries
Posted January 11, 2013
In All Church of God, SHAPE
Bible Belt Basics2013-01-112013-01-11https://www.jesusisthesubject.org/wp-content/uploads/2016/07/ChogLogo-Light.svgChurch of God Ministrieshttps://www.jesusisthesubject.org/wp-content/uploads/2016/07/ChogLogo-Light.svg200px200px 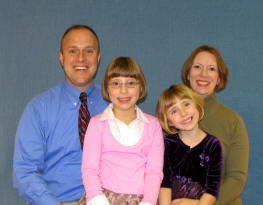 Nestled in the heart of the Ozarks, about a hundred miles southwest of Saint Louis, Missouri, you’ll find the sprawling heartland community of Rolla. The culture oozes traditional values, country kindness, and down-home hospitality. So when Daniel Phillips was called there to pastor, the question on his mind wasn’t whether or not the church’s nativity would be vandalized, but whether people who are familiar with church would move beyond rote religion to revival. To grasp the ministry behind the man, you have to understand the journey that led him to Central Community Church of God.

As a graduate of Olivet Nazarene University, Phillips was off and ready to enter the ministry. With his wife, Phillips moved to Tucson, Arizona, where he found an interim source of income at Cracker Barrel. While there he heard from a customer that a church nearby was searching for a children’s pastor. Pastor Bob Siebels of First Church brought Phillips on board, introducing him to the Church of God. Following a subsequent period of ministry in West Virginia, Bob Siebels, who by then was serving as interim pastor at Rolla, got in touch with Phillips about the possibilities at Central Community. And so it was that Siebels, who mentored Phillips years before, reunited 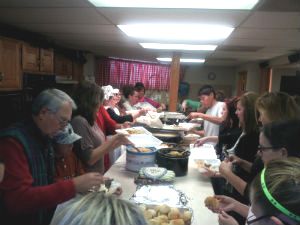 with him to witness seeds bear fruit at Central Community. Thinking back, there is much that Phillips values about his affiliation with the Church of God, besides the theme of holiness. “I appreciate the support network that I have as a pastor. Howard Megill is the state pastor here, and along with Don Carson, they have been fantastic support. Though they don’t attend our church, they really feel a burden for it. SHAPE has become very important to me. I am thankful that the Church of God invests in their pastors. My own church family even treats me like I’m their favorite nephew!”

Central Community Church of God, a congregation established in 1892, was experiencing decline and the weight of massive debt when Phillips came along. Under Siebels’s transitional leadership, the church—which had dwindled down to thirty persons—grew back to sixty. God also orchestrated a new emphasis on stewardship, which put a dent in the debt. Since 2005, when Phillips assumed ministerial leadership, the church has grown to a hundred worshipers on Sundays.

Perhaps it’s no wonder that God is moving through their ministry. Phillips’ chief areas of focus are evangelism, and youth and children’s ministry. The church supports an onsite daycare in which Phillips is actively involved. The last three families that have made Central Community their home were influenced by the daycare program. The church also delivers more than a hundred meals to shut-ins and the local police station at Thanksgiving. Concerted effort is put into the children’s program, Sunday school, 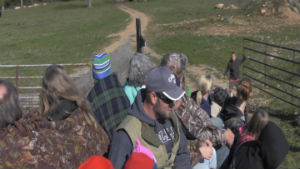 The Central Community youth group, named “Strange Youth,” regularly hosts parties that show a side of Christianity not always visible to the culture. “We do skeet shooting and have a barbecue. The chief of police lets us hang out at his quarry, where we jump off an eighteen-foot cliff into the turquoise water below. We have mule rides and hold church in a barn. We do pumpkin chucking and fish frys. In all we do with the youth and children, we’re deliberate. They’re parties with a purpose, which is to reach out. We want people see that the church is just real people who love the Lord.”

Considering the size of the church, Central Community sustains many ministries. Phillips believes these are vitally important to the church and community. Even in the Bible Belt, a lot of people just need to get back to the basics. “The greatest need we have here is helping people reconnect with God,” Phillips explains. “We’re helping people understand why they believe what they believe and where the values they hold actually come from.”