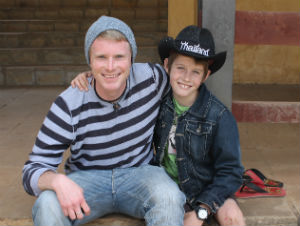 The limelight rarely falls on them. Pastors and churches know their parents, who were called to the mission field. But did they feel called, too? Those born away from home or brought to the field at a young age have no idea what they’re getting into. Whether they like it or not, they’re along for the ride—often the ride of a lifetime. Some may feel forgotten or ignored in the name of mission and ministry. But they are not forgotten. They have value and they are loved. Former missionary kid (MK), Nate Edwards is a mental health counselor for Rift Valley Academy in Kenya, one of the largest boarding schools of missionary kids in the world. Also considered a third-culture kid, Nate knows both the joys and challenges of having a foot in two, three, or more cultures. Three-and-a-half years into his appointment by Global Strategy, he’s offering a glimpse into the life of the third-culture kid and his unique ministry.

“Third-culture kids have to be like chameleons,” Nate Edwards explains. “They move from culture to culture, adapting to different environments.” Having grown up in both Kenya and Germany, then returning to the United States for college, Nate experienced firsthand sometimes awkward transitions required from place to place. “Like when I came to AU,” Nate reflects. “Though I am an American, I didn’t feel like it. I’m not actually Kenyan, and I’m not German, either. I didn’t feel I really belonged in any one box.” 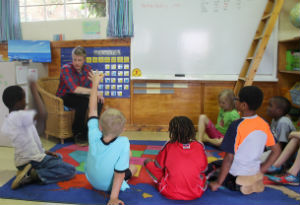 It can be difficult for missionary kids to come back home and find that things aren’t the same as when they left. Their hometown may not look the same, neighbors may have moved away, and friends might even treat them differently. “It’s weird coming back to your home culture to see that your friends have kind of moved on,” Nate explains. “You try to fit in with them, but you know you’re going to be leaving again soon, and they know it, too. You feel like you’re longing for something—aspects of one culture or another—but you can’t describe it. Even now, being in Anderson for a few months, I’m missing the warmth of Kenya!”

Because Nate has gone through what the third-culture kids are facing now, he’s been able to form close bonds with them. It’s hard to tell whether Nate’s formal ministry of counseling surpasses his ministry of presence with them. From the soccer field to the halls of Rift Valley Academy, Nate’s knack for building relationships with other third-culture kids is evident. “Some students have kind of sought me out as a mentor, as someone to just hang out with,” Nate explains. “There’s a comfort level there that might not exist had I not also been a third-culture kid.” 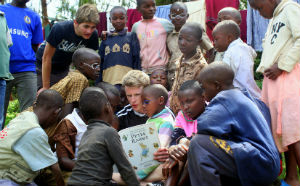 Professional counseling hasn’t always been held in high esteem by the clergy, but the benefits of such counseling—especially when done through a Christian lens—have touched countless lives, including lives of the students at Rift Valley. Nate’s pursuit of advanced education prepared him for Christian counseling, and his skills have proved useful for the challenges third-culture kids face. The truths he’s learned have transferable value. “Pastors can certainly do counseling, but sometimes there is a need for diagnosis and treatment planning,” he explains. “The mind is part of the body, so there are things that can go wrong with it just like with the rest of the body. For example, the common cold of the mind is depression or anxiety. We think we’re just being a bad Christian and need to think our way out of it. But we’re not always able to. We can all use help with something.”

Nate’s greatest joy on the mission field is seeing his third-culture kids, which he openly calls his friends and his little brothers, grow. He sees the changes they make as a result of his counseling, or as a result of simply being a friend. Growth isn’t fast, though, as much as he’d like it to be. “God doesn’t always work on our time schedule,” Nate explains. “He’s more into using Crock Pots than microwaves. But the growth I see in a lot of different areas is very confirming for what I do. They have amazing futures ahead of them. The sky’s the limit.”