Behind the Microphone: An Inside Look at CBH ViewPoint

By chogministries
Posted May 16, 2017
In All Church of God, CBH: Christians Broadcasting Hope
Behind the Microphone: An Inside Look at CBH ViewPoint2017-05-162017-05-16https://www.jesusisthesubject.org/wp-content/uploads/2016/07/ChogLogo-Light.svgChurch of God Ministrieshttps://www.jesusisthesubject.org/wp-content/uploads/2016/07/ChogLogo-Light.svg200px200px 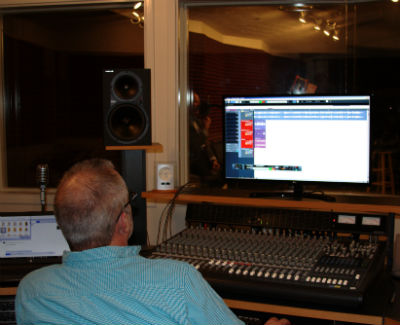 Over the course of several decades, Jim Lyon has become more and more familiar to the Church of God. Though he started a career in politics, Jim felt and accepted called to serve in ministry, one which he has been fulfilling in various ways since. For more than twenty years he served as senior pastor for Madison Park Church of God, located in Anderson, Indiana. After a few years, he took on the role of speaker/host for the CBH English broadcast, ViewPoint. In 2013, he stepped up to fulfil the role of general director for Church of God Ministries. When asked how he fulfilled this role, what it’s like behind the scenes of making this broadcast, and how he is reaching people across the world, Jim gave insightful and wise answers, answers that reflected the calling he has been fulfilling for the majority of his life.

After hosting this broadcast for roughly two decades, Jim stepped into the role of general director. Despite this change, he continued in his role as host, as well. When asked why he chose to take both positions, his answer proved different than expected. “Well, it wasn’t necessarily a decision,” he explains. “The question was not put to me, ‘Do you want to continue doing both? It was just assumed, I think. When I started the work on the radio, everything was very different.”

Briefly, after being assigned to the position of host, he was asked to redesign the program, as it had previously been in a format more similar to a lecture. “The world was changing to a more conversational styling in every medium,” he explains. “and so they asked me to come and do that in a role.” They wanted it more conversational, but Jim explained that initially they kept him by himself, making a conversational dialogue with the listener rather difficult. “So, then we got into a process of having co-hosts, and J. J. [Jennifer Wilson] was our first co-host.” 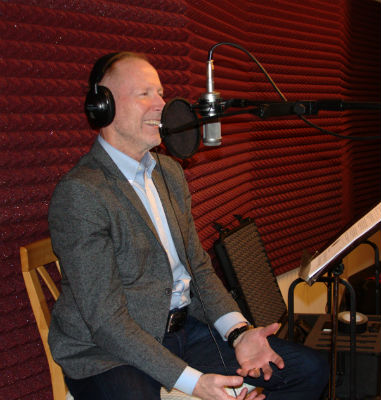 This radically changed the show. They have likened it to a late-night TV show. And, in these types of shows, there is always a season of transition when someone retires and another host takes over. “But, in this case, the groundwork was not prepared to make that baton pass, so we continued it,” Jim recounts. “There was also an idea that it might strengthen the program. Before Jim took the role as general director, the program was fairly separate for Church of God Ministries. Because he is now the general director, there is a bridge between the two, creating opportunities that wouldn’t be available otherwise.

This role as speaker/host has led to a variety of interviews. When discussing the more memorable or high-profile hosts, Jim explained his long history with Mike Pence, the current vice president of the United States. Prior to becoming VP, Pence was a guest on the broadcast three times. Jim was also fortunate enough to interview Nicole Brown Simpson, the sister of O. J. Simpson’s wife, who was “outraged by the crime [of her sister’s murder] and so…became a face of awareness for domestic violence.” Jim mentioned many powerful guest stories, specifically a family who came to discuss their teenage son’s suicide. It is moving stories like these that stick out to Jim. As Jim put is, “Every person has a story.”

In a world that is now consumed with TV and Internet, it is nothing short of impressive that CBH has continued to be so relevant over the years. According to Jim, this has a lot to do with the fact that “it’s the most inexpensive medium in the world…There is certainly nothing wrong with the other medium, but radio has been the most effective way to reach a wide audience of people.” TV and Internet may be expansive, but “radio is still the world’s most-accessed medium.” Radio has the ability to reach a wider range of people, seeing as more people can gain access to that form of media than TV and Internet. 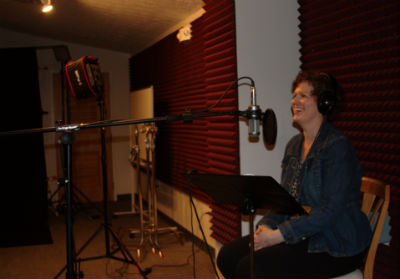 Not surprisingly, the behind-the-scenes atmosphere at ViewPoint involves dry run-throughs, the testing of sound levels, conversations about life events, and typically a decent amount of teasing and joking. The atmosphere feels light-hearted and fun, almost homey, in a way. Jim finds this time before recording to be a great way to reconnect with some of the co-hosts that he doesn’t see as regularly. Once the pleasantries are out of the way, they can typically “just joke and laugh about things because [they] all have long histories with each other.” This off-air atmosphere lends well to the atmosphere of the program. “The whole experience, really, is tuned up to create moments on air where a listener can feel like they’re a part of our conversation,” he explains. Jim wants the listener to feel as though they are sitting down with himself and his co-host at a Starbucks. They are “inviting the listener to pull up a chair.” Everything that happens prior to taping aids in creating an atmosphere of familiarity that helps reach out to people.

In an ever-changing world, ViewPoint is prevalent, it is relevant, it is life-changing. Jim and his team of fellow ministers are committed to reaching out to lost, hurting, and hungry souls one broadcast at a time. It’s not the medium you choose that makes the difference, but the atmosphere you create and the story you tell. ViewPoint’s is a story of love, of redemption, of courage; it’s a story that will never stop being necessary.

CBH: Christians Broadcasting Hope serves on behalf of the Church of God, partnering with indigenous ministry centers to produce evangelistic programming around the world in an effort to expand and nurture the kingdom of God through the use of radio, Internet broadcasts, and other mass-media tools. Learn more at www.cbhviewpoint.org.

Mykaela Alvey is a 2017 Anderson University graduate and contributing writer to Church of God Ministries.