Ninety years ago, a woman named Grace Beville and her husband, James—owners of a successful dairy farm in South Daytona, Florida—were having trouble with neighborhood boys stealing milk tickets from their trucks. Instead of reporting the boys and getting them in trouble, however, Grace had a vision to provide a refuge for these children where they could learn about the grace and love of Jesus. So, on April 3, 1932, Grace launched a community Sunday school in a run-down shack on her and her husband’s dairy farm. And over the years, that small Sunday school grew into what is now White Chapel Church.

As the church—which was literally painted white simply because it was the cheapest paint—continued to grow over the next few decades, a man by the name of Maurice Berquist became the pastor from 1956 to 1977. It was during this time that his vision to provide a Christ-centered education to children in Volusia County became a reality. In 1971, under Dr. Berquist’s leadership, White Chapel Church officially opened the doors of Warner Christian Academy. Now, 50 years later, thousands of students have received the high-quality, biblically based education that Dr. Berquist dreamt of—and many have gone on to become leaders in business, medicine, ministry, academia, and more. 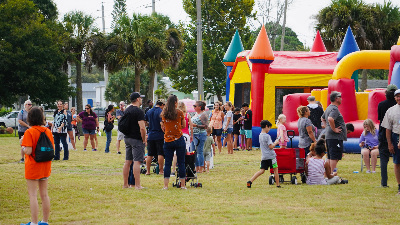 To celebrate these two major milestones—the 90th anniversary of White Chapel and the 50th anniversary of Warner Christian Academy, the church planned a weekend-long celebration to honor its history, praise God for his faithfulness, and look ahead to a bright future. On August 13, the church held a community block party with food trucks, bounce houses, carnival games, and activities for families. During the event, an estimated 350–400 people from the church, school, and community were in attendance, and God kept the rain away for what was an awesome day!

Then, on Sunday, August 14, the church held a special service, during which Mrs. Berny Berquist—the wife of the late Dr. Berquist—was honored for her and her husband’s dedication to God’s dream of establishing Warner Christian Academy & Preschool. After service, the entire church celebrated together with a barbecue lunch, which had more than 250 people in attendance. 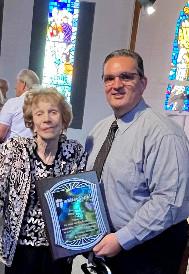 As we celebrate these two special anniversaries, we’re reminded that God’s vision for White Chapel Church has always been the same—to be a refuge of grace for our community. From Grace Beville’s vision to provide a refuge for neighborhood children to Dr. Berquist’s dream of creating a safe space for students to receive a biblically based education, White Chapel has been, and will continue to be, a place where people can experience the radical grace of Jesus Christ.

We’re humbled that God has used White Chapel as his vessel for so many years, and we look forward to all he’ll do through our church in the years to come. 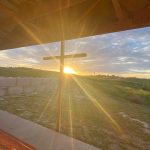 Through God’s Eyes: Reframing Ministry on the Reservation a Priority for the WardellsAll Church of God, Central, CHOG, Global Strategy, Home Missions 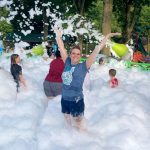