Barney Warren, David Biggers, You, and Me

By chogministries
Posted January 26, 2017
In All Church of God, Northeast
Barney Warren, David Biggers, You, and Me2017-01-262017-01-26https://www.jesusisthesubject.org/wp-content/uploads/2016/07/ChogLogo-Light.svgChurch of God Ministrieshttps://www.jesusisthesubject.org/wp-content/uploads/2016/07/ChogLogo-Light.svg200px200px 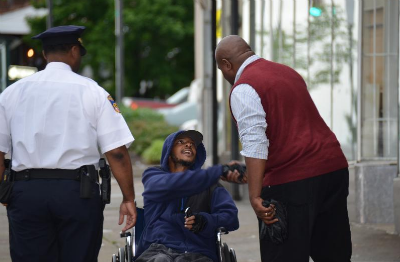 Barney Warren, Adam Miller, Eugene Newberry, Hollis Pistole, and David Biggers. David who? In a lineup of prominent ministers of the Church of God, the name David Biggers may seem out of place. But that is not the case at all. Transforming Life Church of God of Baltimore, Maryland, has a rich history of outstanding leaders, a history which continues to unfold. Before Pastor David entered the scene, the congregation had dwindled down to about thirty, mostly white believers in a predominantly African American neighborhood. Four years later, the church sees an average weekly attendance of about three hundred.

Rewind several years. God was preparing the heart of David Biggers under the exemplary leadership of Ben Reid in southern California. David’s father Charlie, also a Church of God preacher, had actually sent him to Reid’s church for the purpose of being groomed as a young minister. Years later, the Warner University grad found himself putting his God-given gifts to work for a congregation of five hundred people in Macon, Georgia. How does a person leave a thriving church like that for a congregation of only thirty people nearly seven hundred miles away? 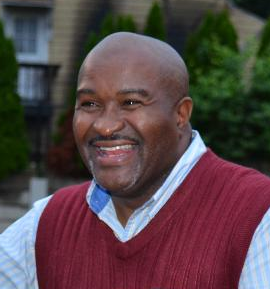 “It was God and ministry,” he explains. “I’m sold out for both. I love challenges and seeing God do great things in challenging situations.” It also doesn’t hurt that Biggers is a big people-person.

When neighbors visit the church, they tend to stay because of the family-oriented atmosphere. “It’s about relationships and love,” Pastor David explains. “We’ve become a family more than we’ve ever been. Absolutely it’s God who has added to the church, but he’s added to a family. We pray genuinely for one another. We follow up with phone calls if someone is missing. All of this was instrumental in the growth of this church.” 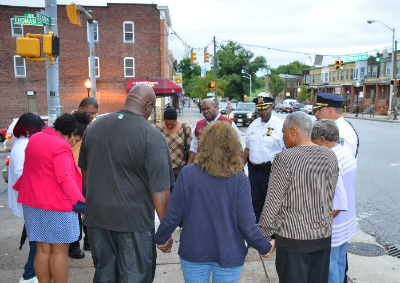 As a hub of neighborhood activity, anything that benefits the community is worth considering as a ministry to the community—including a boxing ring. When one of the church members approached Pastor David with the possibility of turning a Sunday school classroom into a boxing gym, the idea was received with curious anticipation. Now the ring is open three times a week and sees up to thirty children attend on a regular basis. Of course, the church’s boxing ministry isn’t just about learning self-defense and discipline. It’s much more about life change.

“Our goal is to see lives transformed,” David explains. “This ministry is one example of an outreach for children who may have no place to go, and gives them something to do, but also teaches biblical principles in the process. It’s doing so many positive things you couldn’t even imagine.”

From an earthly perspective, Pastor David’s accomplishments certainly make him worthy to be included in such a lineup of Church of God leaders. But in everything, David points back to the Father, giving him all the glory. After all, David Biggers simply listened, obeyed, and watched God move in mighty ways. “I’m always looking for God’s opportunity for me to do great things on his behalf,” he explains. “Any place where I can see opportunity for vision to be cast and ministry to be given, I’m all for it.”

Jesus is the subject. David Biggers, you, and me—we are the faces of a movement that continues to make a tangible difference—in Maryland, in North America, and the world.