Though it may be hard to believe, the first of the 2022 Regional Conferences of the Church of God begins this month in Fremont, California! “Identity: Because of the I Am, We Are” is the theme of each of the Regionals, yet the event hosted by Destiny Christian Fellowship will be noted for several features exclusive to the West Coast. Not only will registrants of April’s Regional Conference be in relatively close proximity to the Golden Gate Bridge and other Bay Area attractions, but they will also be blessed by speakers exclusively on the Fremont schedule, such as host pastor Paul Sheppard. The other must-hear speaker solely slated for California is Mark Matlock, whose work with Barna and whose title “LEGO Serious Play facilitator” makes for an especially intriguing headliner.

Mark Matlock’s work largely encompasses the facilitation of “innovation and impact, helping organizations adapt to changing times by turning research-based insights into action.” Simply stated, he loves to come alongside teams of people seeking to stay effective in a society shifting too fast for most to keep up. Wielding strategic insights based on real statistics and research—the man works for Barna, after all—Mark delights in helping see organizations, like churches and parachurch organizations, succeed in their God-given mission. And, before anyone concludes his perspective is somehow too far removed from the pulpit, consider his ministerial ordination, position on the board of the American Bible Society, and authorship of more than twenty books—including Faith for Exiles: Five Ways for a New Generation to Follow Jesus in Digital Babylon, that he wrote with trusted friend of the Church of God, David Kinnaman, who serves as president of Barna Group. And that’s just the tip of the iceberg.

“While I wasn’t on staff, I was part of our church’s teaching team for twenty years,” Mark explains. “But I spend most of my energy helping churches and organizations turn insight into impact. Much of facilitating groups is revealing, and making visible what people are internally thinking about so others can see it. It’s amazing how often we see the Holy Spirit aligning one another in the process. Sadly, in church we ‘sit and listen’ or through the pandemic ‘sit and stream,’ rather than share and create together. Something beautiful happens through that process.” 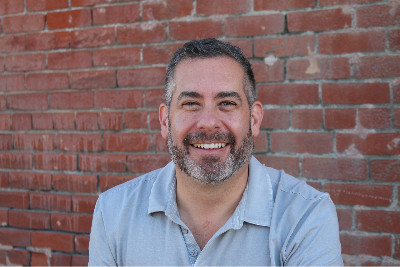 LEGO Serious Play is one of the processes Mark is known to use. “We use LEGO blocks as metaphors to help make ideas tangible,” Mark explains. “There are seven levels of Lego Serious Play application—from building simple metaphors to complex systems. It’s often easier to think with our hands than with our heads (the hands are the ‘search engine’ for our brains), so it helps get people into a different mode of thinking. The models often express much more than we can say, and it’s easier to talk with a model as an idea than with a person’s spoken idea—it’s less intimidating.”

Of course, the idea of using LEGO to facilitate “innovation and impact” seems rather foreign to many who might rather listen to a lecture. But Mark says it’s doesn’t surprise him when their attitude changes in the midst of the process. “I often walk into rooms and leaders roll their eyes when they see the LEGO pieces, thinking it’s some team-building activity,” Mark explains, “but it’s much more than that. At the end of the day, most tell me they’re tired in ways that they’ve never experienced, mostly because they are using their whole brain—and many parts aren’t used that often! We get some surprising insights. The hardest part is convincing people to trust the process and set aside enough time to do it correctly.”

At the end of the day, and even before fresh insights can be applied and yield results in an organization—or church—Mark feels the fulfillment of helping them get where God wants them to be. “Meeting new people is by far the best aspect of the job; everyone is so interesting!” Mark exclaims. “I also enjoy helping groups solve unique problems; working collaboratively toward a specific outcome without a solution leads to some very surprising results.”

In consideration of the theme of this year’s Regional Conferences, Mark expresses confident expectancy. “I think we are having a moment in our churches,” he insists, “where we have an opportunity to have a garage sale, curb some old dusty things, and make room for new things. It’s a gift, and if we aren’t careful coming off the pandemic, we’ll miss the opportunity to make a quantum leap as the church—in our own lives and our communities.”

It’s not too late to register for the Regional Conference in Fremont, California, April 26–28! Plan now to attend there or explore later opportunities at www.chogconvention.org. 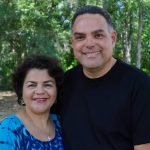 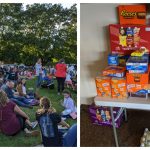