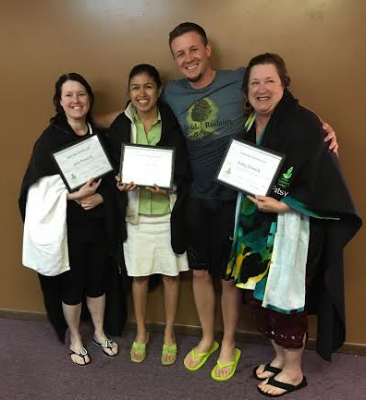 Pastor Josh Chaffin has made it clear that he wants to do whatever he can to spread the good news that Jesus is the subject and is still in the business of changing lives. This Creston Community Church pastor rejoices to report evidence for such a claim among the Church of God congregation he serves in the small town of Creston, Ohio. As it turns out, some of the most recent evidence of God’s hand at work at Creston surfaced when Pastor Josh began preaching a series based on the book by Jim Lyon, Jesus B. Certainly the book itself has no intrinsic power. But the biblically based concepts illustrated through the pages of this Church of God Convention 2015 freebie were tools in the hands of the Lord to touch a handful of lives—even as the series opened on April 10. Compelled to follow Jesus’ example in baptism, three believers were baptized two weeks later. But the story behind the story reveals again how God often works in mysterious ways. 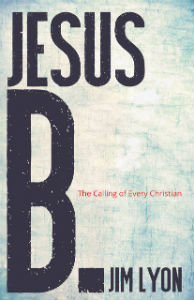 “It was a free gift to the General Assembly at last year’s convention in Oklahoma City,” Josh recounts. “I was there, and it was given to me but, to be honest, the very first time I tried to read it, I didn’t quite catch on to the verb being at the end of the title, so it didn’t latch on my mind. I’m in the ordination process, so there’s always a book to read. Every conference you go to, there are books! I was book-heavy, so I just sort of set it aside. As I was praying what direction to go following Easter, this book came up in my prayers and thoughts. I gave it another shot. This time it clicked. My goodness, this is an incredible book! This is powerful. This is a great message. This is right where I need to be and the congregation, too!”

Not unique to Creston, the Jesus B. preaching series is creatively integrated into different areas of the church’s ministry and communication. But when Josh introduced the series by discussing the unmistakable life change that believers experience through a personal encounter with Jesus, the souls of several individuals were uniquely stirred. For a congregation of roughly forty-five, when even a few approach the pastor following the service with a desire to be baptized, you know you’ve got something powerful going on. 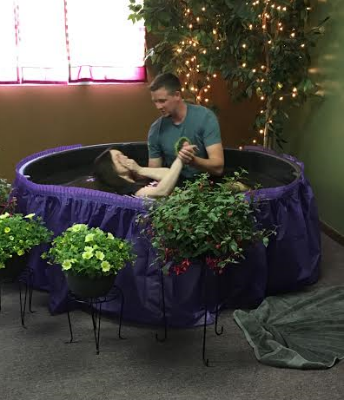 These were believers who had never publicly expressed the change they’d had within. The next step was to fill the baptistery and schedule a baptism service. Since the church doesn’t have a baptistery, previous baptism services had been held at another church’s baptistery or pond. Unfortunately, the wait for host congregations to exit their services translated to lower attendance for such an important celebration. “So as soon as I found out about the need for baptism, I went to Tractor Supply and got a stock tank and filled it with water.” Problem solved! On April 24, the church celebrated three baptisms.

Though Josh has only served as senior pastor since November (and in an associate role since June 2014), he’s happy to see the clear impact the teaching from Jesus B. is having on his congregation. “I think a lot of people in the church might struggle with thinking that they are maybe not important or not able to do much for the kingdom, maybe they’re not college-educated or don’t have a significant skillset,” Josh explains. “To me, the book points out that we are not capable of saving someone ourselves. We are not going to be someone’s Savior, but we can be like Jesus in more ways that you might imagine. We can be baptized, we can be Spirit-filled and led by the Spirit, led through temptation, and come out victoriously. Jesus B. is all about understanding who we are and how we can be more like Jesus.”

After all, to those around us we are called to “Jesus be.”

To order your own copy of Jesus B. by Jim Lyon, visit http://www.warnerpress.org/Product/9781593176808/Jesus_B.aspx. Were you blessed by reading this story? Support the ongoing work of Church of God Ministries with your gift to the World Ministry Fund at https://www.jesusisthesubject.org/world-ministry-fund/.