AU Prepares for Commencement Weekend, May 11

By chogministries
Posted March 26, 2013
In All Church of God, Colleges & Universities
AU Prepares for Commencement Weekend, May 112013-03-262013-03-26https://www.jesusisthesubject.org/wp-content/uploads/2016/07/ChogLogo-Light.svgChurch of God Ministrieshttps://www.jesusisthesubject.org/wp-content/uploads/2016/07/ChogLogo-Light.svg200px200px 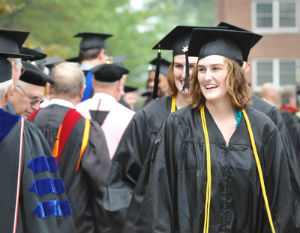 Anderson University recently announced that Emmy award-winning Indianapolis television news anchor, Andrea Morehead, will address the graduating class of 2013 during commencement exercises on Saturday, May 11. The 3 p.m. EDT program will be conducted in the Ward Fieldhouse of the Kardatzke Wellness Center. Speaking during Anderson University’s baccalaureate service will be Dr. Fredrick Shively, retiring professor of religion and director of ministry education at AU. Baccalaureate will take place earlier that day in Reardon Auditorium at 10 a.m. All events are free and open to the public.

Related events scheduled prior to commencement include the School of Theology Senior Recognition and Awards Chapel on Tuesday, April 30, at 11 a.m. in Miller Chapel. The hooding ceremony for Doctor of Ministry graduates will take place on Friday, May 10 at 6 p.m. in Miller Chapel. 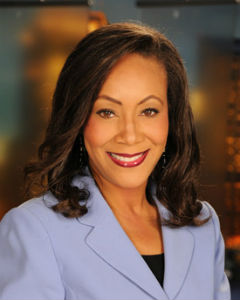 A special pinning ceremony for the Anderson University School of Nursing will be conducted on Friday, May 10, at 6 p.m. in Reardon Auditorium.

Andrea Morehead has been with the Indianapolis NBC affiliate WTHR (Channel 13) since 1999. She has field-anchored major events, including the 2000 NBA Championships, 2000 Summer Olympics in Sydney, Australia, 2002 Final Four in Atlanta, Ga., and the 2002 Winter Olympics in Salt Lake City, Utah.

An Anderson, Ind. native, Morehead knows central Indiana well and is actively involved in numerous organizations. She is active in the Indianapolis community through service with the Susan G. Komen Indianapolis Race for the Cure, The Mayor’s Diversity Awards Program, Indiana Black Expo Summer Celebration and Circle City Classic, George Rawls Public Health Awards, United Negro College Fund Scholarship Program, Indiana Humanities Council Leadership Summit, and 5K Run/Walk for Sickle Cell. She serves on the boards of the Indianapolis Press Club and IUPUI University Library. She is also a member of the Indianapolis Association of Black Journalists, National Association of Black Journalists. She also serves on the board of Noble of Indiana, helping people with disabilities.

Morehead came to WTHR from WOOD TV-8 in Grand Rapids, Mich., where she anchored the 6 and 11 weekend evening newscasts. Prior to her tenure at WOOD, Andrea served as a reporter, assistant producer, and assignment editor for WXIN in Indianapolis. Andrea began her television career as a production intern at Koppel Communications in Washington, D.C. While at Koppel, Morehead researched topics and aided producers in developing “The Koppel Report” for Capital Cities/ABC. In 1995, Morehead worked as a law clerk for the Management Council of the National Football League in New York. Between 1992 and 1993, Morehead was a reporter/anchor for the weekday evening newscast with WGMC TV in Worchester, Mass.

Robert McCurdy graduated from Anderson University in 1959. He completed his medical degree from the IU School of Medicine in 1962. After a tour of duty in the military, McCurdy spent a year in medical service for the U.S. Public Health Service on a Native American reservation in Oklahoma. The family returned to Anderson in 1970. McCurdy practiced surgery at Community Hospital Anderson until his retirement in 2002. In addition to his surgical practice, McCurdy served Anderson University as the school’s physician for several years. Together with Steve Risinger, he helped build the university’s sports medicine program and served as its medical director for 25 years.

In addition to his service at Community Hospital Anderson and Anderson University, McCurdy has a long history with medical missions. He served as a missionary doctor in Kenya in 1968 and has taken several short-term trips to Honduras, Ethiopia, and again to Kenya along with his wife, Naomi, during the cold Indiana months. In the summer, they spend time in Anderson with their children and grandchildren.