AU Prepares for Commencement Weekend, May 10

By chogministries
Posted March 27, 2014
In All Church of God, Colleges & Universities
AU Prepares for Commencement Weekend, May 102014-03-272014-03-27https://www.jesusisthesubject.org/wp-content/uploads/2016/07/ChogLogo-Light.svgChurch of God Ministrieshttps://www.jesusisthesubject.org/wp-content/uploads/2016/07/ChogLogo-Light.svg200px200px 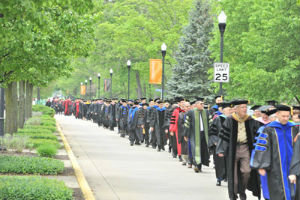 Anderson University recently announced that Susan Ellspermann, Lieutenant Governor of Indiana, will address the graduating class of 2014 during commencement exercises on Saturday, May 10. The 3:00 PM EDT program will be conducted in the Ward Fieldhouse of the Kardatzke Wellness Center. Speaking during Anderson University’s baccalaureate service will be Dr. David Markle, senior pastor of Park Place Church of God in Anderson, Ind. Baccalaureate will take place earlier that day in Reardon Auditorium at 10:00 AM. All events are free and open to the public.

[View a campus map and directions to Anderson University.] 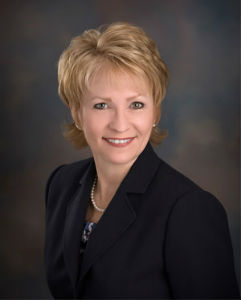 Other events connected to commencement include the School of Theology Senior Recognition and Awards Chapel on Tuesday, April 29, 11:00 AM. in Miller Chapel. On Friday, May 9, at 6:00 PM in Miller Chapel, the hooding ceremony for Master of Christian Ministries graduates will take place.

Ellspermann was raised in Ferdinand, Ind., one of six children. A graduate of Forest Park High School, she worked her way through Purdue as an engineering cooperative education student with General Motors. She graduated Purdue as an industrial engineer and established a career in engineering and management at Michelin and Frito-Lay.

After earning her master’s degree and doctorate in industrial engineering at the University of Louisville, she established Ellspermann and Associates and began a 20-yr consulting practice. She later became the founding director of the University of Southern Indiana’s Center for Applied Research and Economic Development. In 2010, Ellspermann was elected to represent Dubois, Perry, Spencer and Warrick counties in the Indiana House of Representatives in 2010. In November of 2012, she was elected to serve with Governor Mike Pence.

During her first year in office, Lt. Governor Ellspermann completed a 92-county “Listen and Learn” tour where she met with business, agriculture and government leaders. In addition to her oversight of her six state agencies, Governor Pence has appointed her co-chair of his Blue Ribbon Panel on Transportation Infrastructure. She also serves as vice-chair of the Indiana Career Council that is overseeing the State’s workforce development and training initiatives. She is married to Jim Mehling, Principal of Forest Park High School. They have a blended family of four daughters, two sons-in-law and two grandsons.

Esther K. Augsburger is a faith-based sculptor of life-long accomplishment. Esther has led artists conferences in Eastern Europe and Budapest, Hungary. Currently, she and her husband are teaching courses through seminaries in India, Ethiopia and Croatia. She earned her Master of Arts degree in sculpture in 1978 from James Madison University and also completed art studies in Switzerland. She is the creator of the 1988 piece, Servant, on display in Decker Hall at Anderson University. Augsburger’s art has been recognized worldwide, including Love Essence and Guns into Plowshares, and her work can be found in many countries. She lives with her husband, Dr. Myron Augsburger, in Harrisonburg, Va.

Rev. Arlene Hall has served the church with distinction, as a life-long champion of Christian Education for children and adults, as an author, a pastor, and as one who has lived out the Gospel with a deep faith and a servant’s heart. Rev Hall, a prolific author of Church curriculum materials, with her husband, Dr. Kenneth F. Hall, has been a devoted Sunday School teacher. She has also worked in the editing of church materials, and was the editor of the well-known and popular publication, Egermeier’s Bible Story Book. Rev. Hall is a 1945 graduate of Anderson University. She earned a Master of Arts from Scarritt College. Rev. Hall served Park Place Church of God, Anderson, Ind., as Minister of Christian Education and was named Minister of Christian Education Emeriti at her retirement.

Dr. Kenneth F. Hall has served the church as a Christian educator, administrator, author, publisher, editor and as the Warner Press director of church curriculum. A 1948 graduate of Anderson University, he served AU with distinction as Christian Education Professor and as Chair of the AU Religious Studies Department. Dr. Hall received an M. Div from Butler University, and a D. Min from Christian Theological Seminary. A prolific author of teaching materials for church educators, he authored Bridges to Teaching: A Basic Guide for Teaching in the Church, and, along with beloved illustrator, Charles Schulz, the whimsical book for parents of young children: Two By Fours. Dr. Hall, along with his wife Arlene Stevens Hall, has been a devoted Sunday School teacher and has faithfully served his local congregation and the wider church.