AU Prepares for Commencement, May 9

By chogministries
Posted March 20, 2015
In All Church of God, Colleges & Universities, Great Lakes
AU Prepares for Commencement, May 92015-03-202015-03-20https://www.jesusisthesubject.org/wp-content/uploads/2016/07/ChogLogo-Light.svgChurch of God Ministrieshttps://www.jesusisthesubject.org/wp-content/uploads/2016/07/ChogLogo-Light.svg200px200px 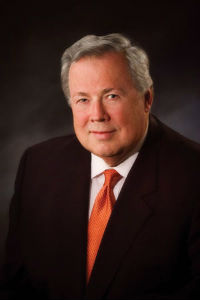 Anderson University recently announced that Dr. James L. Edwards, President Emeritus, will address the graduating class of 2015 during commencement exercises on Saturday, May 9. The 3 p.m. EDT program will be conducted in the Ward Fieldhouse of the Kardatzke Wellness Center. Speaking during Anderson University’s baccalaureate service will be Rev. Dr. Diana L. Swoope, senior pastor at Arlington Church of God in Akron, Ohio. Baccalaureate will take place earlier that day in Reardon Auditorium at 10 a.m. All events are free and open to the public.

[View a campus map and directions to Anderson University.]

Anderson University will award Edwards an Honorary Doctor of Humane Letters during commencement.

Other events connected to commencement include the School of Theology Senior Recognition and Awards Chapel on Tuesday, April 28, 11 a.m. in Miller Chapel. On Friday, May 8, at 6 p.m. in Miller Chapel, the hooding ceremony for both Masters of Arts in Christian Ministry and Doctor of Ministry graduates will take place.

Dr. Edwards had extensive involvement in the arena of higher education in Indiana and nationally and was a busy community leader during his tenure. He served on the Board of Directors of the Council for Christian Colleges and Universities. He also served as a director and officer of the board of the National Association of Independent Colleges and Universities, as chair of the board for Independent Colleges of Indiana and a member of the Steering Committee of the Indiana Leadership Prayer Breakfast. He holds board membership on the Heartland Collegiate Athletic Association and served as chair of Indiana Campus Compact.

Locally, Dr. Edwards served on the board of directors of the Madison County Community Foundation, the Corporation for Economic Development of Madison County and First Merchants Bank of Central Indiana. He is a member of the Rotary Club of Anderson where he was honored with the 2003 Community Image Award. He served on the Ministries Council of the Church of God, the board of directors of St. Vincent Anderson Regional Hospital, Citizens Banking Company and the United Way.

Prior to his election as president of Anderson University, Dr. Edwards was president and chief executive officer for Warner Press, publishing house for the Church of God. In this assignment, he directed the work of the largest religious publisher in Indiana.

An ordained minister, Dr. Edwards served the Church of God in a variety of assignments including serving in senior pastoral leadership in a number of major churches across the country. Prior to national executive service, he was senior pastor of the Meadow Park Church of God in Columbus, Ohio. Earlier pastorates were in Indiana and Michigan.