By chogministries
Posted November 5, 2013
In All Church of God, Colleges & Universities
AU Appoints New Dean for School of Theology2013-11-052013-11-05https://www.jesusisthesubject.org/wp-content/uploads/2016/07/ChogLogo-Light.svgChurch of God Ministrieshttps://www.jesusisthesubject.org/wp-content/uploads/2016/07/ChogLogo-Light.svg200px200px 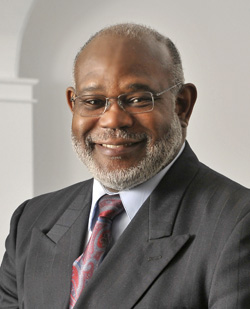 The retirement of Dr. David Sebastian as dean was announced during the most recent meeting of the Board of Trustees of Anderson University and is effective July 1, 2014. Sebastian is the sixth dean of the School of Theology and has given distinguished leadership in the school and in the church. At his retirement, he will have served as dean for 19 years, the longest serving dean in the School of Theology. Sebastian is expected to continue to serve the university and the church through special assignments in preaching and church leadership support. 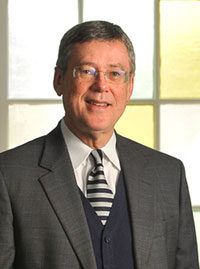 e lead elder for the Madison Park Church of God (Anderson, Ind.). He is married to the former Debbie Miller and they have two daughters.

In his new assignment, Lewis will serve with the president’s executive staff and will begin assignments in transition as dean-elect alongside Sebastian for the remainder of the 2013-14 academic year. As a dean of one of the graduate schools of the university, Lewis will report to the provost and have a line of relationship to the president.

Lewis came to Anderson University in 1992 as assistant professor of Christian Theology and Ethics and served in a joint appointment with the undergraduate Department of Religious Studies and the graduate seminary. He was later appointed full-time to the faculty of the School of Theology and was promoted through the ranks to full professor, most recently serving as associate dean.

Lewis has a bachelor’s degree with honors in mathematics, and a master of business administration degree in finance from Texas A&M University. He pursued studies toward a master of divinity degree from Southwestern Baptist Seminary and earned his doctor of philosophy in religion at Duke University. During his studies at Duke, Lewis served as pastor of the First Church of God in Raleigh, N.C.

At the time of Lewis’ move to Anderson University, he served in a dual teaching role with both the undergraduate Religious Studies Department and the graduate School of Theology. Lewis also serves the seminary as the director of the Doctor of Ministry Studies Program. He is a sought-after preacher and has written for a variety of publications. He is married to Barbara Lewis and they reside in Anderson.

Warner Pacific Announces Intercollegiate Wrestling in 2014All Church of God, Colleges & Universities
Doing Time on the Other Side of the Bars: Ministry to Families of PrisonersAll Church of God