By chogministries
Posted May 12, 2022
In All Church of God, CHOG
Asian Pacific American Heritage: Canadian Church Celebrates Unity Amid Diversity2022-05-122022-05-11https://www.jesusisthesubject.org/wp-content/uploads/2016/07/ChogLogo-Light.svgChurch of God Ministrieshttps://www.jesusisthesubject.org/wp-content/uploads/2022/05/fairview_chog_toronto_fellowship_by_beverly_2019_adj.jpg200px200px

Unity amid uniformity is easy. Unity amid diversity can be challenging, but the result speaks clearly of the love of Jesus which, not only transcends differences, but also celebrates the beauty of God’s eclectic design. A glimpse of God’s kingdom and a foretaste of heaven, the diversity that characterizes Fairview Church of God in Toronto, Canada, is especially noteworthy this month. Asian Pacific American Heritage Month, also known as Asian American and Pacific Islander Month, is observed during May and, considering the strong contingent of Sri Lankan Americans in the Canadian congregation, it’s a special time of year, indeed.

“We have about 70 percent of our congregation from Sri Lanka,” Pastor Roger Bitner explains. “But we have a people from other places, too—Guyana, Trinidad and Tobago, Mexico, Indonesia, India, the Philippines, China, St. Lucia, and the United States. Some are just one or two, but others are whole families.”

It wasn’t always this way at Fairview Church of God, but over the years the congregation has reflected more and more the demographics of their neighborhood. In the 1980s, a conflict in Sri Lanka led to a substantial increase in immigrant to Canada, Toronto among cities receiving refugees en masse. Diversification came very naturally, as Roger Bitner, who started co-pastoring Fairview in 1979, witnessed the phenomenon unfold. He remembers a lady and her mother of Sri Lankan descent get involved in the church and the domino effect of others who followed. When they heard another family from Sri Lanka was moving to the area, they suggested the newcomers move into the building just across from the church and be a part of the Sri Lankan community in the city with pockets of greater density such as the neighborhood of Fairview Church of God. Fast-forward nearly four decades, and the associate pastor training to succeed Pastor Roger Bitner is also of Sri Lankan heritage. 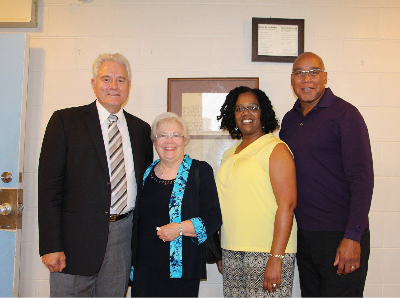 The Bitners and with missionaries to Sri Lanka, the Beverlys

Ben Manickam spent most of his life in Sri Lanka before relocating to Canada eleven years ago. Starting out in a more homogenous congregation of Sri Lankan American ethnicity, Ben ultimately walked through the doors of opportunity God had opened to come alongside Pastor Roger at Fairview. Reflecting on what drew him to the new church, Ben says, “I have had cross-cultural exposure before, and have come to appreciate cross-cultural ministry. The multicultural aspect of God’s kingdom—what we see in Revelation 7—deeply resonates with me. I see that depicted at Fairview Church of God. What you see here is the biblical understanding of unity, that though we are different, we are together, and what binds us together is Christ.”

Rubina Shanmugathasan, who serves as council chair for the church, remembers much of the transformation that has taken place at Fairview Church of God. After all, she started worshiping with the Canadian congregation in 1985; indeed, she’s been a part of Fairview Church of God longer than she lived in Sri Lanka. Besides the tapestry of cultures, Rubina points to the church’s compassion and family-style care for one another that have only increased her love for the congregation and for the Lord. Reflecting upon her personal experience as a Sri Lankan in a new culture, Rubina mostly sees the good.

“There are some challenges to [having Sri Lankan background] living here in Toronto,” she explains. “But there are also blessings. When people isolate themselves into one community, your exposure to other groups are limited. Some people face challenges with jobs, challenges that are magnified when you’re new to a country or getting used to a way of living. But when you really get to know other people, you become like family.” 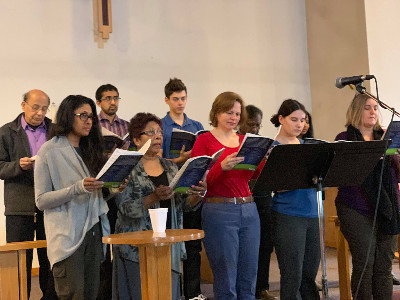 Diversity reflected in the choir at Fairview.

Rubina’s prayer partner at the church has a heritage from Trinidad and Tobago. The two share anything and everything on their hearts and minds. The richness of such opportunities may only have come about because of the growth of the Sri Lankan community within the congregation, which Rubina considers a great blessing.

Considering the joy it has been to shepherd a diverse flock, Roger Bitner not only mentions the tasty—and very spicy—Sri Lankan dishes, but also the enriching experiences of learning cultural traditions and norms. “Toronto is a very cosmopolitan city with people here from all over the world,” he explains. “Whenever you go on public transit, it’s actually kind of a surprise when you hear people speaking English!”

The story of Fairview Church of God is a powerful witness itself, but the congregation does whatever it can to share the gospel with its neighbors. Urban ministry isn’t for the faint of heart, and COVID certainly complicated tried-and-true methods of reaching neighbors. Thankfully, Fairview was quick to utilize the best of technology to stay connected throughout the pandemic. Now that restrictions are lifting, the church anticipates renewed efforts at being the hands and feet of Jesus to their neighbors of every tribe, nation, and tongue.

Fairview Church of God, as you might expect, are faithful supporters of Steven and Peggy Beverly, missionaries for Global Strategy to Sri Lanka. You can discover opportunities for partnership with them, and other missionaries, too, at www.chogglobal.org. Learn more about Asian Pacific American Heritage Month at www.asianpacificheritage.gov. 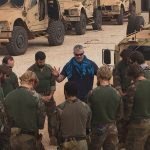 On the Front Lines for Jesus: Glimpses of God Fuel Fervor of Military ChaplainsAll Church of God, Chaplain Ministries, CHOG