By chogministries
Posted July 3, 2021
In All Church of God, Central, CHOG
Asian-Indian Congregation Launches in the United States2021-07-032021-07-01https://www.jesusisthesubject.org/wp-content/uploads/2016/07/ChogLogo-Light.svgChurch of God Ministrieshttps://www.jesusisthesubject.org/wp-content/uploads/2021/07/joshua_west_boedecker_cirilo_adj.jpg200px200px

The Church of God movement, as well as the early church, has a great history on the Indian subcontinent. So, it may be no surprise that an Indian church launched this year. What may surprise some is that this new congregation resides in Texas.

Texas has proven to be enticing to Asian Indians. As early as 1962, Indian business leaders formed the India Association of Northern Texas. From 2000 to 2010, the Asian Indian population in the Dallas-Fort Worth area more than doubled.

“Over the years, I’ve heard from several Church of God folks about the need for an Indian congregation,” says Dr. Timothy West, state administrator for Texas Ministries of the Church of God. “I realized how great of a need it was when I learned Dallas-Fort Worth will be home to the country’s second major league cricket stadium.” Cricket is the most popular sport in India.

Over the years, many people asked Pastor Johnson George Tharakan to start a church in the Dallas area. “I told them I didn’t have plans for starting a church,” he explains. “But last year, some requested again. I told them I would pray for this matter and, if God gave me direction, I would start a church in Dallas.”

After months of prayer, God gave him the direction to start the church. That week, he had a Zoom meeting with Pastor Malcolm Tyree of New Vida Church of God. When Pastor Tyree mentioned his vision for planting new churches, Pastor George knew the Spirit was leading both men. They were excited about this joint venture and began planning with Dr. West. 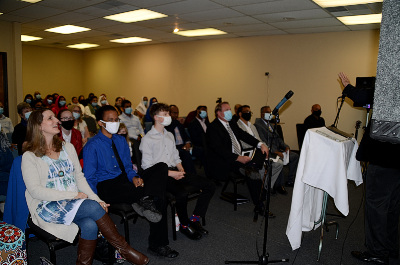 On March 6, 2021, Hillview Church of God, of Garland, Texas, had its inaugural service. Pastor Johnson George was thrilled. “This is the first South Indian Church of God congregation anywhere in the world outside India,” he notes.

Pastor George balances his time between India, where he serves as president of the Church of God in “South India and the United States.” While he is the founding pastor, Nelson Joshua is the lead pastor on site. Efrain Cirilo with Wake Church works with Pastor Joshua to lead the new congregation.

Hillview Church of God continues to grow. Dr. West comments, “It will have slow growth because it serves a niche population. But it is doing well by all accounts.”

The congregation converses in the Malayalam language, which is predominant in Kerala State. The area is rich in Christian history. Church tradition claims the Apostle Thomas brought Christianity to this southwest part of India in 52 AD. However, like the rest of India, Christians have faced persecution from the government. Recent laws prohibit many churches from receiving foreign funds.

After the inauguration, Pastor George traveled to India for ministry. Soon thereafter, India experienced an unprecedented COVID outbreak. He remained in contact with Hillview and its leaders; he recently returned to Dallas.

Pastor George cherishes prayers for his family during the Indian COVID crisis. He also welcomes prayers for the ministry in South India, as well as for the growth of Hillview Church of God.

For more information on the church, they are online at www.hillviewchurchofgod.org.

For more information about the global ministries of the Church of God, visit www.chogglobal.org. 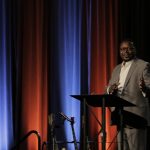 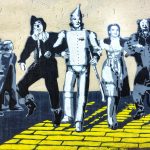 Opinion—We’ve Been Through an ApocalypseAll Church of God, CHOG, Great Lakes, Op-ed