During the 1970s, Washington, DC, was known as CC, or Chocolate City. It was popularized in a song by Parliament-Funkadelic by the same name in reference to the fact that, at the time, it was 71.1 percent African American or “Negro” in the 1970 Census. Due to gentrification, the district is no longer Chocolate City, but is now a more diverse urban center, with 48.0 percent Black, 35.6 percent Anglo, 10.2 percent Hispanic (of any race), 3.6 Asian, and 2.6 percent mixed race and other. With few exceptions, America is going through a similar demographic shift, and it behooves the Church of God to be prepared to be open to evangelizing and reaching a more diverse audience than the typically segregated congregations that have historically comprised the Church of God.

One of the ways this can be achieved on a practical level has been demonstrated by the Northwest Community Church in Washington, D.C., and their senior pastor, Dan Turner. 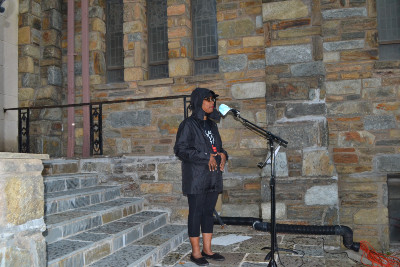 “Generally, all churches lean toward homogeneity in makeup as a matter of preference,” he explains. “Our church is a multi-ethnic congregation made up of 60 percent African Americans and other people of color. You can find, more often than not, a white pastor (like myself) in a setting of authority like this, rather than the opposite.”

Because of their understanding of the racial issues now plaguing our cities and the nation, the congregation wanted to do more as a church to be “anti-racism.” That meant being more effective in transitioning from the “feel-good” experience of being a diverse congregation, to the messier process of dealing with the real work of putting diversity into action. 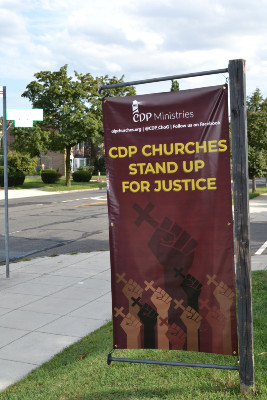 The rally brought together congregations of the CDP District of the Church of God.

“Our small groups found out how difficult that reality was to put into action when we began to deal with the conversation of what the meaning is for our Black members when whites would say ‘All lives matter,’” Dan reflects. “…when African Americans say [“Black lives matter”], they are pointing out that, historically in the North and South, Black lives didn’t matter as much as whites. We worked to have real discussion on language that would matter as a theme of the rally, and settled on “Black Lives Matter to God and To Us.”

“We wanted to come out stronger as a congregation in having a conversation that would have a wider impact on the community both locally and on the national level,” he continues. “Dr. Cheryl Sanders of Third Street Church of God gave her support and recommended a discussion of Jemar Tisby’s book, The Color of Compromise (Zondervan, 2019). Dr. Sanders stated, ‘Rallies are fine, but let’s have some deeper conversations and follow up with action.’ I’m smart enough to try to surround myself with people who are smarter than I.” 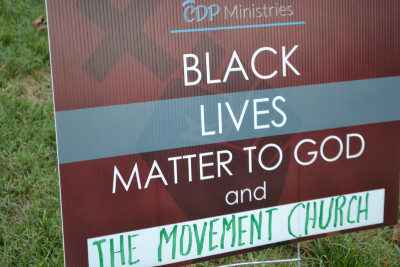 One of the signs representing various area churches.

Pastor Dan grew up in North Carolina and understands there are situations that minorities go through that he hasn’t now or ever will encounter as a white male in America. “Members of the dominant culture can go through our whole lives and not be challenged culturally; we can always find a bubble of others like ourselves,” he explains. “We’ve come out stronger as a congregation because of those discussions. What became obvious is that our Black brothers and sisters are hurting and they needed to hear our voices say, ‘We’re hurting with you.’”

Through numerous meetings, in the final analysis, more is said than done. But, as a springboard, a rally like this can cause necessary discussions to begin about race, social justice, and the gospel across cities and the nation.

Adrian Powell is pastor of Faith Community Church of God in Grove City, Ohio. He has been published in the Columbus Dispatch, Columbus Call and Post, Columbus Post, and Vital Christianity. He has also authored two books: The Jubilee Harvest and Resident Aliens: A Living Faith in a Hostile World, available from Amazon.com. 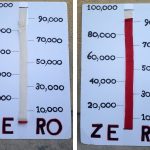 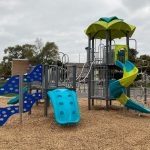