By chogministries
Posted July 13, 2017
In All Church of God
All In Alaska: Young Pastor Couple Energetically Embrace Movement2017-07-132017-07-13https://www.jesusisthesubject.org/wp-content/uploads/2016/07/ChogLogo-Light.svgChurch of God Ministrieshttps://www.jesusisthesubject.org/wp-content/uploads/2016/07/ChogLogo-Light.svg200px200px 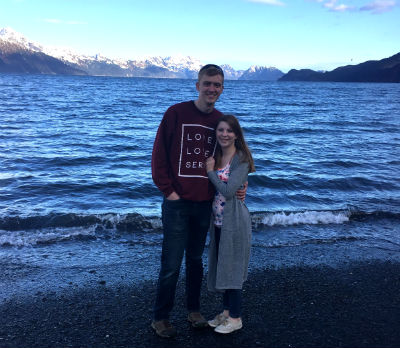 They had no prior experience with the Church of God. They weren’t acquainted with Anderson in any way. In fact, they’d never heard of D. S. Warner, and they’d certainly never listened to Jim Lyon wax eloquent. The third full week of June wasn’t marked on their mental calendar, and shared history, common hymnody, and distinctive doctrines weren’t what drew them to the Movement. But Jesus at the center—and a leader who reflected Jesus with authenticity and boldness—compelled this young pastor couple from Palmer, Alaska. Concerning the Church of God in this bright new day, you could say Brandon and Crickett Evans are all in.

“We have never seen a movement so authentic, so real, so genuine, and so on fire for what (who) matters: Jesus,” Brandon explains. Brandon’s story, as well as Crickett’s, begins not unlike many others. He grew up in the church, but didn’t start to own his faith until a youth pastor both spoke truth and love, and modeled it well. Tragedy brought Crickett to the altar, where she not only took ahold of Christ, but also developed a deep love for the church. The love they were shown caused them to want to love others in like manner. Ministry would be an avenue to love others.

Brandon and Crickett met at the same church in Michigan. After receiving a call to ministry, Brandon and Crickett moved to Palmer, Alaska, so he could attend Alaska Bible College. While there, Brandon served as student body president, completed a youth internship at Matanuska Assembly of God, and then served as their youth pastor for two years. Just less than two years ago, Brandon accepted the position of associate pastor at Palmer Church of God. The local congregation was their introduction to the Movement. 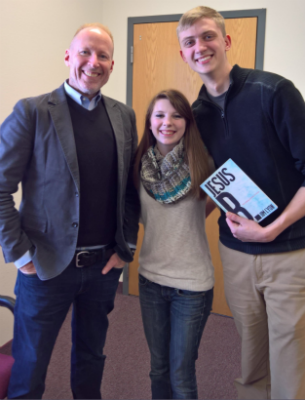 It was about this time that the young couple learned that, for the first time ever, the Church of God would be holding Regional Conventions in 2016, and that one of them would be held in their neck of the woods—or at least a lot closer than Anderson. The Vancouver Regional Convention turned out to be an eye-opener for Brandon and Crickett, who observed that the Movement “is like nothing [they’d] ever seen before.”

“The first thing we noticed was the leadership,” Brandon reflects. “When we first began work at Palmer Church of God, I purchased Jim Lyon’s book Jesus B.…I thought his book was great, and then when I met him, I was blown away at how he lived what he wrote.”

The CHOG Table on sexual ethics was also an eye-opener for Brandon and Crickett, but not in the way you might expect. For them, it revealed more about Jim Lyon’s character and the Movement he serves, than anything else. “Not only was Pastor Jim willing to accept ownership of anything that was said and took place on stage,” Brandon explains, “but he was also willing to say things that are rarely said on the church stage. It may have made some people upset; however, Crickett and I only were all the more impressed because CHOG leadership was willing to help its pastors answer the tough questions they’re asked every day. That’s what authentic leadership is all about.” 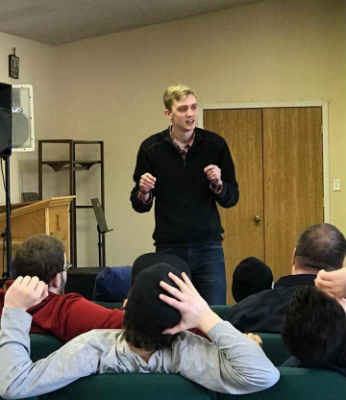 After Vancouver, Brandon was looking for someone to fill a speaking engagement at Alaska Bible College. Even when traveling through the area, he explains, popular Christian speakers generally respond with the same “Sorry-but-we-cannot-fit-your-event-into-our-schedule” line. Jim Lyon happened to have Alaska on his travel schedule in light of the state’s upcoming assembly meeting. Not knowing what to expect, Brandon reached out to Jim, who responded with a Yes! “Pastor Jim is the quality of speaker who could charge thousands of dollars for each and every arrangement and turn down small-town opportunities due to a long list of offers. But he didn’t do that. To me, it says wonders about Pastor Jim’s integrity and character that he took the time out of his already busy Alaska schedule to encourage and equip a student body.”

Brandon and Crickett Evans are thrilled to be a part of the Movement, and can’t understand why others wouldn’t want to be involved. “You talk about unity?” Brandon exclaims. “Then why not be a part of a movement that emphasizes the Church—capital C? Why not be a part of a movement that doesn’t put traditions, stigmas, perception, or doctrines first, but puts Jesus and love before all things? I will say with 100-percent certainty that your local church will benefit and grow deeper with Christ because of your relationship with Church of God Ministries and the bigger picture of the Church of God. I know ours has, and will continue to.”

In Palmer, Alaska, across the United States, and around the world, God is on the move in the Church of God. Join the movement. Reach our world. Donate today at https://www.jesusisthesubject.org/give.