All About Jesus in Alaska: Palmer Pastor Celebrates Unity, Mission

By chogministries
Posted June 13, 2018
In All Church of God, Give Life, Western
All About Jesus in Alaska: Palmer Pastor Celebrates Unity, Mission2018-06-132018-06-13https://www.jesusisthesubject.org/wp-content/uploads/2016/07/ChogLogo-Light.svgChurch of God Ministrieshttps://www.jesusisthesubject.org/wp-content/uploads/2016/07/ChogLogo-Light.svg200px200px 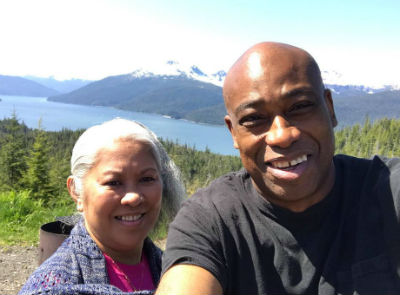 One year has passed since J. R. Stepp became the first black pastor of a predominantly white congregation in Palmer, Alaska. But to Palmer Church of God and Pastor J. R., it’s really no big deal. While they certainly acknowledge the effective witness of multicultural ministry, they’re most concerned about the advancement of the kingdom. Simply put, they’re too busy preaching the gospel in word and action to spend time thinking about their unique situation. As the Spirit convicts and compels the Church of God movement to reconciliation and greater unity, Palmer Church of God offers a glimpse of what it looks like when Jesus is truly the subject.

Pastor J. R. expresses a sense of pride in his home state, where, unlike many places, the focus tends to be on the character of a person more than skin color. When he applied at Palmer, he was confident that the primarily white congregation would see past the surface. “I know this isn’t always the case for our brothers in the Lower Forty-Eight,” he reflects. “Most of my childhood, my family attended the Church of God. We’ve been involved in the Church of God all our lives. In every congregation, we were the minority, based on skin pigmentation. Yet we were always accepted and treated like family.”

Inside the Palmer Church of God sanctuary.

When J. R. informed several African American brothers and sisters about his new pastorate—some in the Church of God, some from other fellowships—he was met with surprise. Several were, in his words, blown away. “Each of them were saying they’d never heard of a black man as a senior pastor of a white church,” he explains. “But I think that’s part of the problem. I have yet to find in God’s Word where it says it’s a white church or a black church. I always thought it was his church.”

J. R. Stepp met his wife in the Philippines when, as a Marine, he was stationed in Japan. He and Leonora were blessed to attend the first Church of God Regional Convention this year in Phoenix, Arizona. Worshiping, fellowshipping, and hearing God’s Word proclaimed together were all a part of the unity they felt there. Some of the teaching and discussion focused on racial reconciliation, a vital component of Christian unity. Reflecting on the discussion that took place, Pastor J. R. recognized some of the cultural differences that exist, even between various geographic regions of the country. J. R.’s heart-cry is to see Christians set the example for the rest of the culture—to move past the external things that divide, and grab ahold of that which unites. He reflects that sometimes, even among believers today, making matters of secondary significance the subject can keep the church from moving forward. Back in Alaska, Palmer Church of God is moving forward, lifting high the banner of Jesus. 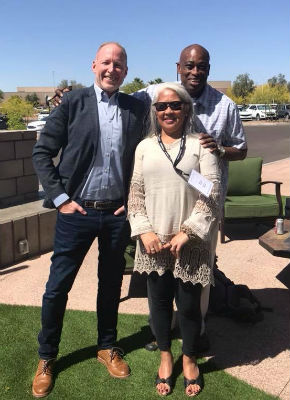 “I believe each local body of believers has to find its own way of being a missional church,” J. R. explains. “We think of it like a missional ‘niche.’ For us, it’s our food pantry. We may be small, but it’s not unusual to hear that we’ve given away a thousand pounds of food. Currently we’re open one day a week, but we’re hoping to expand to at least two days a week.”

But they’re not just inviting the community to come to them. They’re going deep into the community. The congregation has a strong women’s ministry, wholeheartedly committed to serving and caring for the women housed in the local shelter. They also recently moved their Wednesday evening service offsite, to a park, where each week the congregation rubs shoulders with their neighbors.

“It comes down to this,” J. R. explains. “People will know we are Christians by our love.”

In Alaska, across North America, and around the world, God is on the move in the Church of God. Join the movement. Give life. Donate today at give.jesusisthesubject.org.