Ahead of the Curve: Maryland Minister Advocates Suicide Prevention

By chogministries
Posted May 28, 2020
In All Church of God, CHOG, Give Life, Northeast, The Way
Ahead of the Curve: Maryland Minister Advocates Suicide Prevention2020-05-282020-05-28https://www.jesusisthesubject.org/wp-content/uploads/2016/07/ChogLogo-Light.svgChurch of God Ministrieshttps://www.jesusisthesubject.org/wp-content/uploads/2020/05/larryhogan_kevinwjohnson_md_collage_adj.jpg200px200px

Few today could say they’ve not heard what it means to “flatten the curve.” The onset of the coronavirus on society led to widespread restrictions intended to prevent sharp infection increases, while easing the burden on hospital capacity. There’s another curve, however, that’s on the mind of Kevin Wayne Johnson, pastor of leadership for Celebration Church at Columbia. The Maryland minister wants to get ahead of the curve on an often neglected issue that’s proving a lasting malady in the wake of the COVID-19 outbreak. Appointed as faith commissioner on suicide prevention by the governor last year, Kevin is telling everyone he can about a pervasive problem made worse by the pandemic.

Before his present positions—which also include, but aren’t limited to, a continued role as regional coach for Leadership Focus—Kevin served as the pastor of First Church of God in Accokeek, Maryland. During his pastorate, he completed a thirty-four year career with the federal government. Such connections gave Kevin a broader perspective as a community-oriented leader, determined to inspire his congregation to meet needs in the neighborhood and beyond. Accomplishing a goal of this magnitude would require getting outside the four walls of the church building. 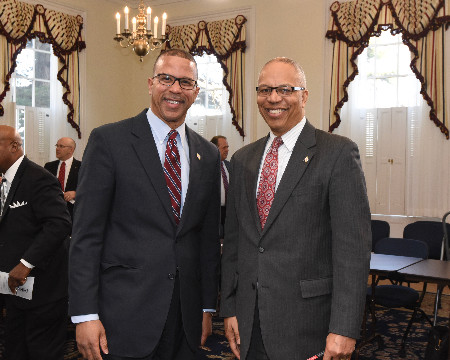 “As the senior pastor of First Church, I always thought it was very important to have good relationships with the leadership in the community,” Kevin has observed. “I had no idea what it would lead to, but the previous leader on suicide prevention and the director of community initiatives had been to our church during National Suicide Prevention Month. We’d honor them and say a prayer for them as part of the service. When the current commissioner had finished his term, he nominated me for the next four-year term.”

In his new role appointed by Governor Larry Hogan, Kevin Wayne Johnson has worked collaboratively with faith leaders, cross-denominationally in the state’s twenty-three counties, to raise awareness about the causes of suicide, comfort and offer help to those contemplating suicide, and teach biblical principles for the prevention of suicide—all the while in cooperation with Maryland government officials.

As stay-at-home orders and social distancing measures went into effect in Maryland and across the country, persons afflicted with clinical depression have fought especially hard to maintain. As Kevin puts it, people are feeling “desperate” amid social isolation and a “lack of human contact.” These feelings, combined with fear of contracting COVID-19, anxiety over job loss, stress over school and work relegated to one’s home, loneliness apart from friends and family, and anger sparked by policies and politics, are the recipe for a mental health disaster. Unfortunately, as restrictions end in various stages across the country, the problem of suicide is not expected to follow suit.

“We were not created to be separated from each other,” Kevin explains. “We need each other for companionship, help, comfort, and protection (Matthew 19:19). Dangers of depression, mental health, and suicide were pervasive prior to COVID-19 and will continue long afterwards. Men, women, boys, and girls have become trapped in their own thoughts and, without support or counseling, all that negativity leads to regrettable actions.” 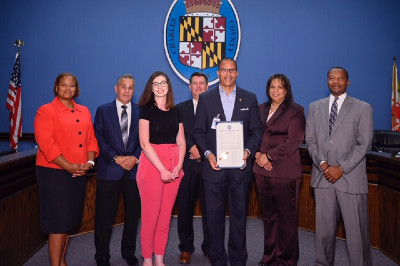 One would think more pastors and churches would be receptive to the message of prevention. After all, the hope of Jesus proclaimed from the pulpit positions believers well to change the story of suicide in their communities. Yet, as Kevin explains, this has not been his experience so far.

“Getting faith leaders, especially pastors, to get serious about the societal ill of suicide is a real challenge,” he explains. “It’s real and pervasive, yet I am discovering that quite a few pastors do not pay attention to it unless they know of someone personally who is impacted. We want to get ahead of the problem versus trying to solve or address the issue after it happens. The lack of response gets a little frustrating, at times.”

Still, Kevin is encouraged by the traction the issue of mental health is gaining in many circles. He thanks God for the opportunity to address various audiences, from churches to civic assemblies to radio listeners. He also points out the blessing of being able to pray with these leaders. In January, for instance, he shared the stage with the mayor of Baltimore for the Martin Luther King Jr. Prayer Breakfast. There were 1,200 faith leaders who heard Kevin’s message that day.

Numerous resources are available on mental health and suicide prevention, including tools specifically developed to address the unique threats posed by the pandemic. Kevin recommends that Church of God pastors familiarize themselves the range of resources available online, such as the National Suicide Prevention Lifeline (www.suicidepreventionlifeline.org), SAMHSA (www.samhsa.gov), and the American Foundation for Suicide Prevention (www.afsp.org). Kevin also urges Church of God pastors to consider him as a resource, too. Contact Kevin Wayne Johnson at pastorkevinwaynejohnson@gmail.com.

For further learning, be sure to read “Supporting Your Mental Health During COVID-19,” a practical resource offered by the National Suicide Prevention Lifeline. 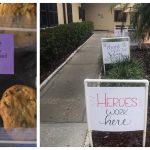 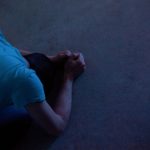