Adopted Daughter Discovers the Road to Truth Leads to Grace

By chogministries
Posted August 30, 2017
In All Church of God, Great Lakes
Adopted Daughter Discovers the Road to Truth Leads to Grace2017-08-302017-08-30https://www.jesusisthesubject.org/wp-content/uploads/2016/07/ChogLogo-Light.svgChurch of God Ministrieshttps://www.jesusisthesubject.org/wp-content/uploads/2016/07/ChogLogo-Light.svg200px200px 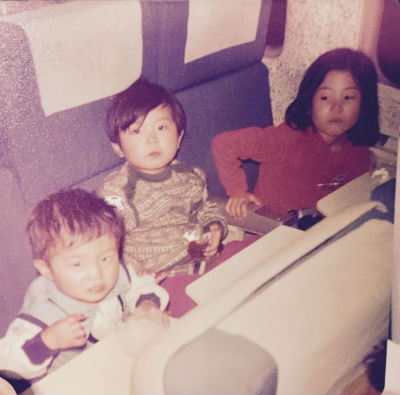 Laura Tonks (right) with brothers at time of adoption.

Growing up in a large family in Flushing, Michigan, American life was all that Laura Tonks ever knew. That is, until a chance encounter with her Korean birth mom forty-three years after she was given up for adoption changed everything.

At the tender age of seven, Laura and her two younger brothers boarded a plane to America, where a new family and life awaited them. Laura’s biological father had died of Typhoid fever, and her juvenile understanding of the situation led her to believe that her mother gave the children up because she could no longer care for them on her own.

It wasn’t until June 2015 when Laura’s brother Brian traveled to South Korea on a whim that the entire narrative of her adoption began to transform. Through an organization called “Me & Korea” that works to reacquaint groups of adopted Koreans with their homeland and reconnect estranged or lost family members, Brian discovered something that would rock him and his siblings to their core. Not only was their birth mother still alive, but she had also never willingly given her children up for adoption to begin with. Brian figured out that it had, in fact, been their uncle who dropped the kids off at a women’s shelter while his sister was out looking for work.

Although it was a harrowing turn of events in the story of Laura’s adoption, she was reluctant at first to pay her birth mother a visit. “I felt that I could not meet her expectations of the daughter she lost forty-three years earlier,” she recalls. “Because I did not [initially] know the circumstances around our adoption, I chose to repress all feelings I had for my mother and Korea in general.”

Meanwhile, Laura’s daughter, Samantha, curious to learn more about her heritage, had decided to study abroad in South Korea. Laura had already made plans to visit Samantha and could no longer avoid meeting her mother, despite her initial hesitancy. 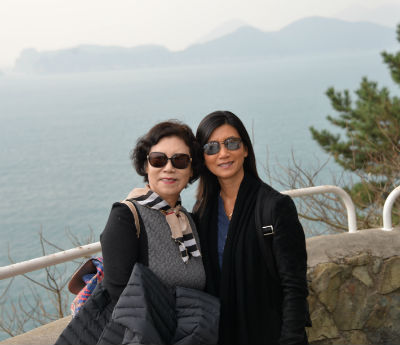 Laura (right) reunited with her mother in South Korea.

In November 2016, Laura Tonks boarded another plane, this one destined back to Seoul, South Korea. When the big moment finally came, Laura was relieved to finally meet her birth mom, who she began calling Omma. In spite of the nervous anticipation that both women felt, Omma embraced her daughter immediately, blessing her with a tearful welcome, forty-three years in the making.

Laura recalls being most surprised by her own unexpected compassion toward her uncle. “After we heard more about his decisions and actions, my heart went out to him,” she says. “Omma had every reason to be angry with him because what he did was wrong and hurtful. But I sensed that he cared for us and that he truly did what he thought was best for everybody.”

After visiting the orphanage where Laura and her brothers had lived for a short stint before their adoption to the United States, Laura had a unique opportunity to forgive her uncle for a choice that had tormented him for decades. “He expected the three of us to hate him,” she remembers, “but I felt very strongly that God wanted us to speak forgiveness into his life.” 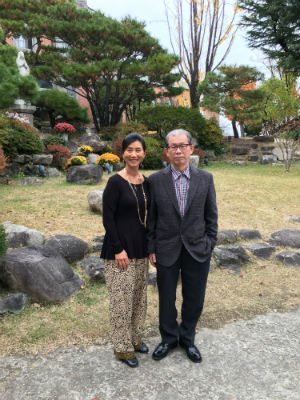 Laura with her uncle in South Korea.

Laura also believes that God has divine intentions in reuniting her with Omma so many years later. “Perhaps God is doing a work in Omma,” Laura says. “I do sense that I am supposed to reach out to her to show her the love of Christ.” After losing her children, Omma became a Buddhist and spent the next forty-three years crying and praying to Buddha, asking that they would come looking for her.

Even though Laura and her mother are able to keep in touch via a translation app, the language barrier still presents a number of difficulties for them. Laura intends to learn Korean so that they are better able to communicate. “I won’t try to figure out what’s next,” she says. “I plan to walk by faith and let God do all the planning if this is his path for me…and teach me Korean.”

Laura Tonks served for four years as the children’s director at Clarkston Community Church of God in Clarkston, Michigan. She concluded her extended season of faithful service to the church on July 1 in order to follow God’s call to return to work as a domestic engineer. She also desires to focus more of her time and energy on her family, especially her youngest son as he enters high school this year.