A United Church for a Divided World: An Illinois Snapshot

By chogministries
Posted November 18, 2016
In All Church of God, Central, Great Lakes
A United Church for a Divided World: An Illinois Snapshot2016-11-182016-11-18https://www.jesusisthesubject.org/wp-content/uploads/2016/07/ChogLogo-Light.svgChurch of God Ministrieshttps://www.jesusisthesubject.org/wp-content/uploads/2016/07/ChogLogo-Light.svg200px200px 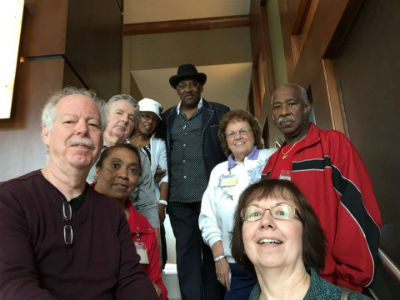 Remember that slogan? “A United Church for a Divided World.” Sounds good, doesn’t it? But it doesn’t have to be just a slogan, and it doesn’t have to only represent a theme of days gone by. For The Gathering Place Church of God in Fairview Heights, Illinois, it represents present reality. They’re the product of two churches coming together; that is, a predominantly black church and a predominantly white church. While the rest of the world is busy arguing over this, that, and the other, this unified church across the Mississippi River from St. Louis is preoccupied with communicating Jesus to a lost and hurting community.

Unity works for The Gathering Place because Jesus is the subject. Not the color of the paint. Not the color of the carpet. Not skin color, either. “We have to call it what it is,” Pastor Frederick Wright explains. “It’s just not about the shade of our skin for us. With Jesus is the subject, we have a great chance to introduce Christ to people that had no idea that church could be so loving. I believe that if the church, the body of Christ, will get the kingdom agenda right, we have an awesome window of opportunity to really see the lost won to Christ of all different backgrounds. This is my DNA.” 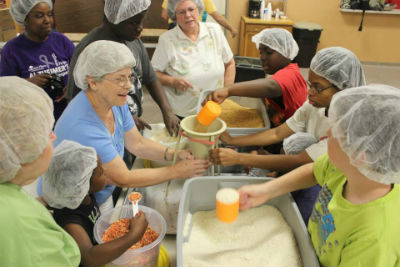 Photo: Gathering Place working on a service project together.

Frederick Wright is fired up. He’s dressed with the spiritual armor of God and ready to do battle against the forces of evil that would conquer and divide. “I would love the church to communicate clearly to the community that God never said ‘white church, black church,’ Frederick continues. “It’s his church, and it’s one church. My heart is Revelation 7:9, where the multitude standing in heaven represents every nation, tribe, people, and language.”

Getting to where they are now wasn’t easy, though. Moving from theoretical unity to functional unity requires intentionality, commitment, and love. Thus, merging churches of the same culture and ethnicity is already challenging, but when it goes across racial lines, there can be some great challenges. Not everybody was on board with idea from the beginning. Frederick Wright was pastor of Fireworks Station Church of God of East St. Louis at the time, and The Gathering Place was without a pastor. While 99 percent of Fireworks Station voted for the merger, only 85 percent of The Gathering Place expressed support. As a result, some found other churches to attend. But Pastor Frederick pressed on. 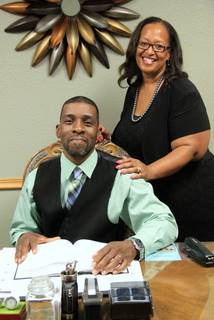 “We intentionally formed an elder board that represented what the church looked like,” he explains. “We named two elders of the white church and two from the black church. The church was then able to see and believe what we really wanted to be.”

Thanks to important connections made between Eric Livingston, Illinois Ministries regional pastor, and the former interim pastor of The Gathering Place, the idea to merge the two churches with Frederick Wright at the helm was presented. The demographics of The Gathering Place were mostly an older crowd and declining in number, while the Fireworks Station was bursting at the seams with energy, numbers, and no place to go. In June 2014 the merger took place, and new life and direction is propelling The Gathering Place Church of God to heights of excellence and community impact not seen in years.