A Ukrainian Girl Grows Up

Over ten years ago, I traveled to a small village in a rural part of Ukraine to preach for the week at the dedication of a new church building. It was an honor to be asked by the Church of God in Ukraine to speak, and it was my first time in this beautiful country. The village was probably the smallest one I’ve ever been to in my travels. As I arrived, they were working to finish the church building, which was going to have the first indoor flushing toilet. On that first day, I met a nine-year-old girl I will call Arina. She would prove to be unforgettable.

Although Arina was just a child and spoke no English, she quickly made herself my public relations assistant. She showed me where to sit, when to eat, and when it was time to speak. She even critiqued my sermons. There was no bath or shower, so she took me to her family’s home in the little village for that, and there I met her wonderful older brothers and lovely parents. This little girl was too much! Kindhearted, thoughtful, polite, and she was my boss. We became fast friends and kept in touch over the years.

Arina grew up to be quite the young lady. She felt called to missions shortly after my trip. She pursued Bible college upon finishing her basic studies. And just prior to the beginning of the pandemic, I met up with her in Kyiv to deliver funds for her to go on her first international mission trip, to Sri Lanka. Then came COVID, and then the war. 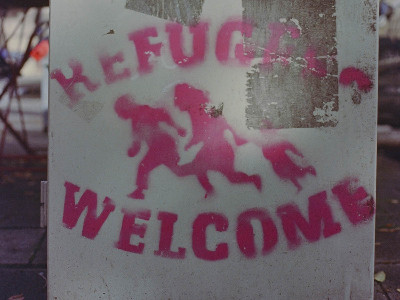 Arina had just graduated from Bible college and was settling into life in a new Ukrainian city she loved. She was working at a Christian kindergarten and thought she had found the place where she wanted to settle permanently. That all changed overnight. Her parents were far away in the little village now occupied by Russian soldiers. The soldiers moved into our church building and occupied it. Her parents now had to tend to wounded Russian soldiers. One of her brothers was called back to the air force and struck in the face with shrapnel at the opening of the war. Arina and I have kept in touch every day, multiple times a day. Her most difficult decision was whether to leave her new hometown, her family, and her country, or stay and dodge the falling bombs. There were enormous risks either way. I knew the Church of God would be ready to help her no matter what she decided.

Together with a friend, she took a bus to Poland, where they sat in traffic for fifty-seven hours before getting in line to cross the border. The two young girls are vulnerable and alone. Fortunately, they have a temporary place to stay, but money and food will shortly be an issue. Perhaps, all of her missionary training was to prepare for this, and my friendship with her through the Church of God is an opportunity for all of us to make sure this story has a happy ending.

Pray for Arina and her friend.

Patrick and Jamie Nachtigall serve as missionaries for Global Strategy to Italy. 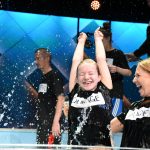 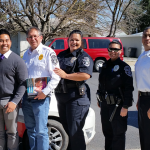