A Season of Change at the Shelter

By chogministries
Posted September 14, 2016
In All Church of God, Global Strategy
A Season of Change at the Shelter2016-09-142020-02-29https://www.jesusisthesubject.org/wp-content/uploads/2016/07/ChogLogo-Light.svgChurch of God Ministrieshttps://www.jesusisthesubject.org/wp-content/uploads/2016/07/ChogLogo-Light.svg200px200px 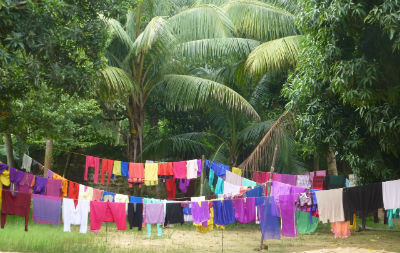 Photo: Clothes drying at the Shelter.

Every year, on September 1, the Shelter celebrates its anniversary. I was there this year for the celebration of 102 years of changing the lives of girls who need love, education, and a chance for a better future. It was a time to remember the past and the dream of Rev. A. D. Kahn and the work of Faith Stewart, who helped make that dream a reality. It was also a time of gratitude for the recent changes to the property and a time of looking ahead to being able to help even more girls.

As a part of the TraffickLight initiative, which is funding several aspects of the global fight against human trafficking, the facilities at the Shelter will be expanded to increase its capacity to house more girls. We are all excited for construction to begin, but before that could happen, there were three environmental issues that needed to be addressed. 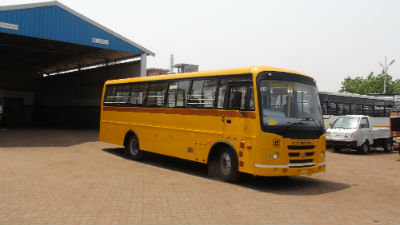 The first was a bus to transport the girls from the Shelter to any of a number of various places where they would need to be. The current bus was a small fifteen-passenger bus that usually required three very crowded trips to transport all of the girls to the required destination. In March of this year, a new bus arrived on the campus of the Shelter. It seats fifty-one and can transport all the girls in one trip with room for more. 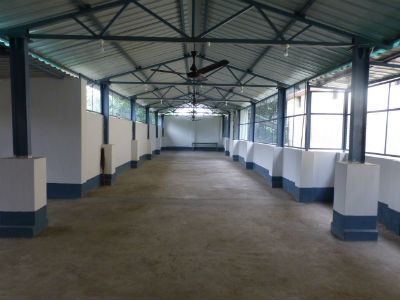 The second issue was that the ground for the new construction would take away the area where clothes are dried once they are washed. With sixty-one girls washing clothes, a lot of space is needed. This year, the anniversary celebration included a dedication for a beautifully finished space on top of the dining hall that is partially enclosed and roofed so that ropes and wire could be strung as a place for clothes to be dried. The girls love it!

The third issue regarded a holding pond for runoff water that is located on the grounds of the Shelter. Pretty much every year, this pond would overflow during the heavy monsoon rains, making the entire campus of the Shelter a swampy mess. As more and more development has taken place in this area of town, more and more run off water from roofs and covered land areas finds its way to the Shelter.

Last January work was begun to increase the holding capacity of this pond. Under the supervision of a local engineer, bricks were added to the short wall surrounding the pond to increase the height by three feet. Now when it rains and water finds its way into this pond, there is enough holding capacity to allow water to exit through an overflow drain. The work was finished in May and, once the monsoon rains began in June, it was a great relief to everyone there to be walking on dry ground. 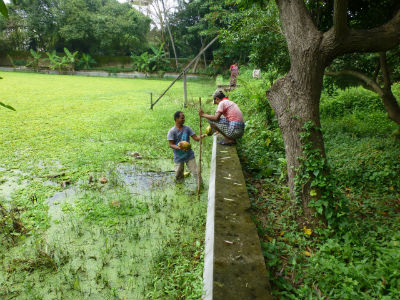 Photo: Workers fishing coconuts out of the pond.

The construction for the new dorm building will begin once the current monsoon rains end, sometime in October. But for the residents of the Shelter, a great deal of gratitude was expressed to me because, even with extraordinarily heavy rains in India this year, their feet were dry, their recently washed clothes were dry, and the bus ride to church each Sunday was done in a single trip. There was much to celebrate!

Don and Caroline Armstrong serve as regional coordinators for Global Strategy to the Asia-Pacific region.