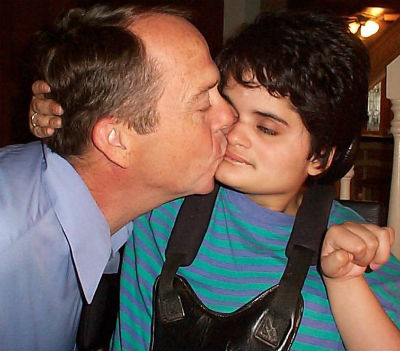 Ralph loves Ana and each of his adopted children.

If you’ve been to many camp meetings across the country, chances are you’ve sat under the bold preaching or inspirational worship leading of pastor and evangelist Ralph Watts. The pastor emeritus of Columbus West Church of God in Columbus, Ohio, is used to sharing Bible stories and passages that point to Jesus Christ. But his own story points to Christ, too, one that is nothing short of remarkable. He and his wife Karen have fostered a total of thirty-five special needs children over the years, and have adopted fourteen.

“Before Karen and I were married,” Ralph reflects, “we were discussing having a family and she made me promise that, after we had our children, we would adopt one special needs child. While we were pastoring the Columbus West congregation, one day at lunch Karen reminded me of that promise and suggested it was then time to follow through. I gave the okay, and she signed us up for adoption classes.” That was just the beginning, and neither of them could have imagined the scope of the amazing, yet agonizing adventure upon which they’d just embarked. 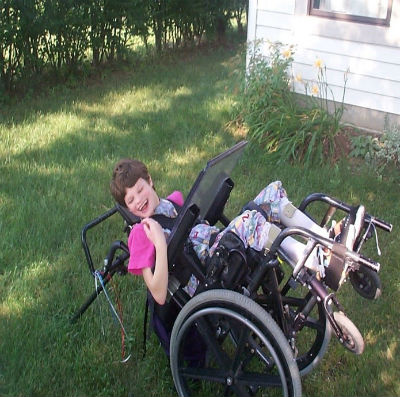 Shelly was an absolute delight.

Adoption is challenging already. Adoption of a special needs child is downright difficult, should only be done by those God has called for such a task, but is essential for the countless individuals who desperately need unconditional love. When asked if Ralph would encourage others in the body of Christ to do what he has done, he’s appropriately cautious. “I’m not sure encourage is the right word here,” he explains. “Over the years, several of our church people, as well as our family (two of my younger sisters have adopted several) have taken the adoption journey. Don’t get me wrong. I believe we need more believers to take that adoption journey, but just like raising your own biological children, it is quite a commitment. Pray, be open, pray, follow the leading of the Lord, and pray again. If we are doing what the Lord would have us do, his name is Jehovah-Jireh, the Lord who provides. That is true in the adoption journey, as well.”

“Quite a commitment” is an understatement. The Watts family was first introduced to Ana at an institution in Houston, Texas. Ana had been born nine years earlier to a teenage girl who had come alone across the U.S. border, got pregnant with twin girls, and couldn’t handle the pressure. Tragically, she abused the little girls, killing Ana’s sister and leaving Ana unable to walk, talk, or see. After a history of unfortunate situations at the institution, she developed a coping mechanism of habitually and violent scratching her body. The psychiatrist advised Ralph and Karen not to take Ana. “She will never give love or receive love,” the psychiatrist explained. “Her hurt is too great.”

But the Lord’s leading was clear, and the psychiatrist was wrong. Despite the bets that were taken on how many days would pass before the Watts family would return Ana, and although the institution wouldn’t let them take Ana until her government savings account was signed over to the institution so they could keep her bed open for Ana’s expected return, Ralph and Karen persisted. The road to stability was rutted and rocky, but after several years and many intense struggles, Ana has completely ceased scratching. Ultimately Ralph could report that “the first sound in the house in the morning is Ana’s laughter, and the last sound in the house at night is Ana’s laughter.” 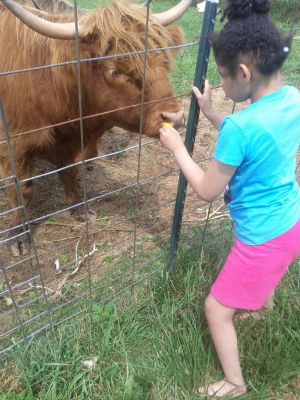 Vanessa with one of the Watts family cows.

One year after they adopted Ana, the county contacted them about adopting a brother and sister. They did. What transpired from there is history, a complicated mix of searing emotional pain and rich blessing too deep—too wonderful—for words.

• All fourteen of their adopted children, including boys and girls, have been mentally challenged.
• Half could not speak.
• Two were blind.
• One was deaf.
• Five have been wheelchair-bound.
• Two have had cystic fibrosis.
• Two have suffered from Angelman syndrome.
• Three had feeding tubes.
• All experienced physical, emotional, sexual, or drug-related abuse, and most of their challenges are a result of these abuses.

The public wasn’t always very gracious, either. Family road trips were marred with refusals of service while eating out. Government regulations, intended to make things better, often made things worse. Hospital visits were routine, and the Watts had to endure the deaths of a few of their own. But through it all, God’s light shone brightly through this incredible family, strengthening their faith and the faith of others.

“For several years, our family had a school for behavior-challenged students,” Ralph reflects. “Whenever a new student would join us, we would have an assembly to introduce them to our small student body (twenty to thirty, K–12). I always took the opportunity to remind everyone that we are all ‘special needs.’ We all have special needs and we all need to help and be there for each other accordingly. Our heavenly Father recognizes those special needs, loves us, and ministers to each need accordingly and ‘in spite of.’ It is a shame that it seems to take us so long for us to recognize our special needs and God’s special love.”

Through their experiences, the couple was able, with the partnership of Bishop Timothy Clarke and First Church of God, to establish Eagle’s Nest, a home in the inner city for special needs children. For thirteen years, Ralph and Karen lived in the inner city as God took care of the needs of that house. The full story of Eagle’s Nest and the years surrounding is replete with miracles and examples of God’s timely provision. 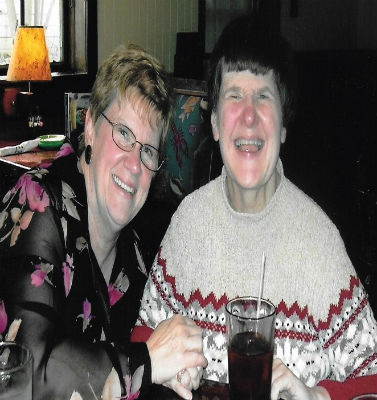 Karen with her sister Ann.

Today Ralph and Karen continue to offer their ministry of tender love and care, as they have taken in Karen’s sister, who is also wheelchair bound, unable to speak, and medically fragile. They have five of their adopted children still living with them, ranging from the early teens into the forties. One of those, their adorable Ana—whose adoption would change her life and the life of her new parents forever.