“I didn’t realize my dad was Gerald Marvel!” Of course, young Bob Marvel, now senior pastor of Cornwall Church in Bellingham, Washington, knew very well that his father was Gerald Marvel. But it wasn’t until Bob was perhaps a teenager that the realization struck—his father was “kind of a big deal” in the Church of God. To Bob, of course, the well-known evangelist and trailblazing pastor was always Dad first. Over the years, however, Bob would begin to grasp the vastness of his father’s pastoral influence, not only on countless others, but also on his own life and ministry. Unwilling to go into the family business just because of his last name, Bob’s own distinct divine call nevertheless charted a course of transformational ministry and a longstanding role as pastor of one of the most influential Church of God congregations in North America.

Those who remember Gerald Marvel certainly remember his contagious smile and great sense of humor. Bob surely does. Regular laughter in the home amounted to an incredibly positive atmosphere for Bob and his siblings during their growing-up years. Bob can’t forget his dad’s ability to creatively tell stories in a way that kept the attention of his listeners and ultimately communicated Christ clearly. Of course, Bob notes, his father wasn’t flawless; still, the Gerald Marvel the Church of God movement saw in public was the same man of integrity behind the scenes. Though it’s not always the case, the preacher’s kids in the home of Gerald and Rena Marvel were not dealt the difficult hand sometimes known to plague PKs.

“We had a great home, a great family, and great churches growing up,” Bob explains. “As a PK, I really had a good experience. I know a lot of PKs struggle with hurt by the church, including unrealistic expectations and so on, but my folks were really good at letting us just be kids. I really had a love for the church.” 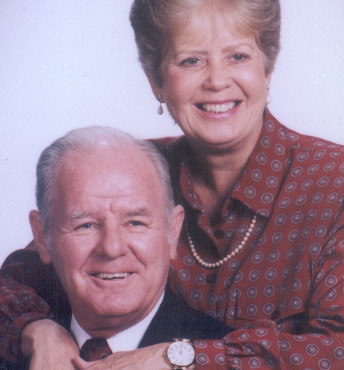 Part of their success as PKs may have been the result of their parent’s particularly astute strategy. “My parents worked really hard—and I didn’t realize this until later—at pointing out the benefits of being a preacher’s kid. For example, if Dad was off doing a revival somewhere, it was like a vacation for the rest of us. Mom would say, ‘You know, not all the kids get to do this.’ Sure, there were things we complained about, but we were blessed.”

One fun anecdote Bob loves to recall is the way his father recruited his children to help prepare the baptistery on Sundays. Since the hot water would rise to the surface, it was necessary to stir the water to yield a consistent temperature throughout. One Saturday Gerald and Rena had to make a few hospital visits and allowed their children to remain at the church and “circulate the water.” Donning their swimsuits, the children enjoyed a pleasant dip. Bob recounts one Saturday when some church people entered the sanctuary unaware of the children’s recreational perk. An awkward moment made for a memory the siblings cherish to this day.

Bob credits his firm foundation in Jesus Christ to the nurturing, teaching, and love of both his parents. Even after Bob became a pastor himself, he would still seek counsel and wisdom from his father and mother. And, for a season when Bob and Gerald were pastoring concurrently, Gerald was known to inquire of his son about what ministerial approaches were working for him.

Ministry by osmosis wasn’t a factor for Bob, however. Though he didn’t reject the faith, he didn’t necessarily want to follow in his father’s footsteps in pastoral ministry. His sister and brother had accepted calls to ministry, but Bob imagined other possibilities for him future. Though there were plenty of parishioners who would ask Bob if he was going to go into the ministry because of who his dad was, his dad never applied the pressure.

“I kind of fought [the call],” Bob explains. “I wasn’t even sure about going to college. My parents suggested I give college a try for at least a couple years. During an internship at the church, I kept getting affirmation that God was using me. I kind of knew I would end up in ministry, but I was still kind of fighting it. Then, during the spring of my sophomore year at Warner Pacific, I was at a West Coast minister’s meting and looked around, realizing I wanted to be a part of this community of pastors.”

Since 1985, Bob Marvel has been serving the Lord in pastoral ministry. For twenty-nine years, he’s been the senior pastor of Cornwall Church. Now, more than ever, he’s convinced it’s only by the grace of God he’s been able to do what he’s been able to do, and be where he’s been blessed to be.

Outside Cornwall Church in Bellingham, Washington.

“Bigger is not always better,” Bob asserts, reflecting on the large and small church experiences he’s enjoyed. “I think the older I get, and the longer I do this, the more it’s a mystery to me why something is working here but not elsewhere. There are people God has called to serve in more modest settings, and their faithfulness is that they preach and shepherd the flock. At the same time, let’s not be content with the way things always were. Sometimes we hold onto things that hold us back. I love Jim Lyon’s drumbeat of ‘Jesus is the subject.’ Sometimes we long for the days of the Gospel Trumpet, and we can and should celebrate those things, but embracing the pioneering spirit of our forefathers is not the same as holding on to their methods.”

When asked about the challenges of doing ministry in the Pacific Northwest, Bob points again to the need to make Jesus the subject. Like his father, Bob knows the work of advancing the kingdom of God isn’t about a particular spiritual figurehead, popular preacher, impressive facility, or even a denomination (or movement!). Bob says that, especially in an increasingly pluralistic and secular society, it’s about “pointing people to Jesus, not a list of things we want people to conform to, or participate in.” Noting the need for believers to build friendships with those who don’t yet know Christ, Bob offers an example from his own life.

“There’s a guy I go running with,” he explains. “We are about as opposite as can be in areas of spirituality. But he knows he’s not my project. He’s my running partner. People are not projects. We befriend them, ask questions, and show curiosity in their story. If and when God allows, we share our story.” 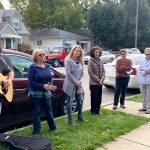 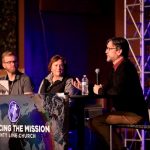