By chogministries
Posted April 21, 2020
In All Church of God, CHOG, Give Life, The Way, Western
A Heart to Help: Hobby Promotes Health, Produces Hope2020-04-212020-04-21https://www.jesusisthesubject.org/wp-content/uploads/2016/07/ChogLogo-Light.svgChurch of God Ministrieshttps://www.jesusisthesubject.org/wp-content/uploads/2020/04/danny_dodge_and_3d_masks_pre-assembly.jpg200px200px

What talents has God given you? What resources do you already have? Where are your areas of interest? How might you use these to serve one another in this season of need? These questions reflect the sentiment of Danny Dodge, cinematographer living in Johnstown, Colorado. This is the story of how one’s hobby can make a difference in the lives of those around you, especially in crisis. In Danny’s case, such kindness wasn’t shown through fancy camerawork or video editing—his vocation—but took shape with his personal 3D printer—the object of his avocation. To serve, you don’t have to have an advanced degree in science or medicine, years of experience in crisis response, or special training in any particular field. All you need is a heart to help.

Danny Dodge grew up in the Church of God in Oklahoma and Colorado. His mother’s recommendation to give Anderson University a chance ultimately shaped his life through lifetime friendships and opportunities. While his studies were important to him, even as a college student Danny can recall an intrinsic desire to serve. He distinctly remembers taking ordinary moments, such as going to a convenience store, and turning them into memorable interactions that left smiles on the faces of store clerks. During the COVID-19 crisis today, it’s clear to Danny that, though one person may not be able to change the whole world, one person can certainly change the world for another person.

The coronavirus outbreak isn’t the first crisis Danny’s had to face. In fact, he’s all too familiar with the devastating impact a virus can have on the human body, and the need for sanitary precautions. During a time of tremendous personal stress, his son was born, not on a trajectory of healthy development but on a path of proclivity toward illness. Doctors had given the boy little hope for survival, but God had other plans in mind. Faith brought the family through this crisis, but not without Danny learning the hard way how to keep his at-risk son safe. Danny estimates that his son has endured pneumonia more than thirty times in the past two-and-a-half decades. 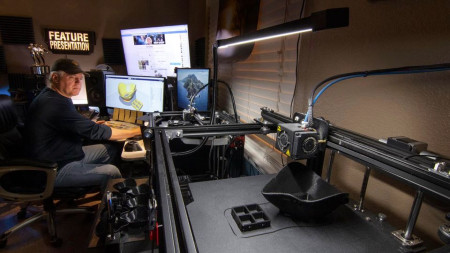 Well-versed with technology, Danny’s found enjoyment in using his 3D printer to make a variety of unique objects. Unlike ink printers, the printing of a three-dimensional takes considerable time. Also, unlike ink printers, his 3D printer uses polylactic acid, a strong material like plastic that is also earth-friendly. When shortages of PPE (personal protective equipment) first became known during the COVID-19 outbreak, the idea to turn his hobby into a way to serve others came to light. Understanding the serious nature of viruses, he was ready to begin.

“I woke up one Monday morning and a couple of friends on Facebook had sent me a video,” Danny recounts. “The video showed how 3D printers were being used to create face masks designed by a doctor in Montana. It went on to provide the designs so anyone who had a 3D printer could do the same. I thought, ‘There’s a lot of guys who have 3D printers. I’m only one, but with others who have these out there, we could help supply what is needed!’”

Making his intentions known on Facebook and posting progress updates, Danny’s work received a lot of attention. While he didn’t intend to be the center of attention, his efforts have inspired others to take what they already have—whether a 3D printer or any other resource—to help others. He’s also pointed interested persons to the designs he used; while the availability of 3D printers is presently scarce due to high demand, those who already own them are encouraged to also find creative ways to serve.

In total, Danny’s efforts have resulted in the production of about two hundred masks. For persons most at-risk, such as EMTs, his masks have been distributed to Arizona, Georgia, Indiana, Kansas, Iowa, and many other places. The project has not been easy, and complications, like the availability of materials, have hindered progress, at times. 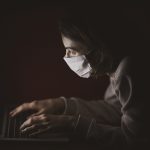 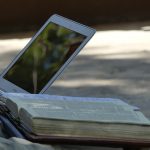