By chogministries
Posted January 31, 2018
In All Church of God, Western
A Good Problem to Have: Richland, WA Church Outgrows Current Facility2018-01-312018-01-31https://www.jesusisthesubject.org/wp-content/uploads/2016/07/ChogLogo-Light.svgChurch of God Ministrieshttps://www.jesusisthesubject.org/wp-content/uploads/2016/07/ChogLogo-Light.svg200px200px 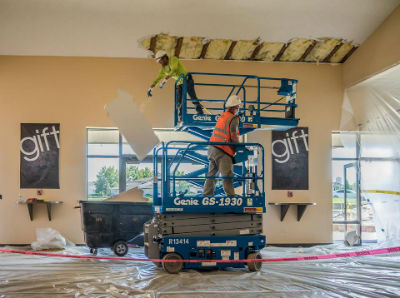 Construction in the lobby.

In May 2013, we shared the story of a Church of God congregation in Richland, Washington, that tripled its attendance in just four years. The church understood then, as it does now, that God gives growth to his church, but there are a number of things local fellowships can do to attract the interest of the community, while supporting numbers with intentional discipleship and follow-up. For some, the question nearly five years ago might have been, Could such growth—both numerical and spiritual—be sustained? Apparently so. We’ve followed up with Columbia Community Church—locally known as C3—and have discovered they recently encountered a big problem. Their current facility—particularly their lobby and restrooms—are too small for their weekend crowds.

The dust, the noise, the shuffling plans and places—it all fades in comparison to the reason for the construction taking place at Columbia Community right now. Mark Barker pastors the thriving church uniquely positioned and called to both love and serve the Tri-Cities area (also including the cities of Kennewick and Pasco) of south-central Washington State. He reflects on the recent need for expansion: “When we came to the church about nine years ago, we had a very small lobby and small restrooms. As the church has grown to the size it is now, what’s happened is there’s no room to walk in the lobby. I actually kind of like it this way—it’s full, it’s happening—but guests don’t like being shoulder-to-shoulder. We realized we’ve got to do something about the lobby, and especially the women’s restroom, the line for which would often be out the door. That can be very uncomfortable for first-time guests.” 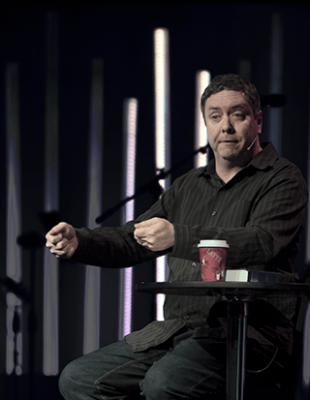 By expanding the lobby and restrooms, the church facility is better suited for further growth. The lobby was initially set up in such a way that, as people entered the building, they only saw the main auditorium. To find the other venues, which house the church’s other worship experiences, a walk down hallways was required. Opening up the lobby for additional space will also mean the other venues will be visible upon entrance, including the youth ministry area. The children’s ministry wing will also be expandable, because they’re adding a second level, which won’t have to be populated right away. Down the road, however, it will house more children’s classrooms and provide access to future balcony space, as needed, in the auditorium.

Every week, people who walk through the doors of Columbia Community Church are making decisions for Jesus Christ. But that’s not where it ends. The church’s follow-up system through the use of decision cards ensures new believers are given every opportunity to mature in their walk. The kind of revival taking place in the Tri-Cities area of south-central Washington is nothing short of remarkable, but the leadership isn’t content with the status quo. They fully recognize the dangers of getting too comfortable with what God is doing today. 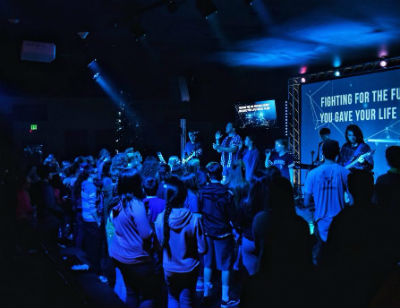 “We’re trying to do whatever we can to continue to reach the next generation, because we recognize that we’re really always just one generation away from extinction,” Pastor Mark explains. To support their goal, the church has done a survey of their community and church to determine the average age of each. Mark says that if the average age of your congregation is ten years older than the average age of your community, it’s going to be hard for your church to grow. Using the Census is a practical way to determine the community’s age, while a church database can offer the necessary statistics for a congregation. Columbia Community Church discovered their average age is 29.5, while the community’s average age is 32. Indeed, reaching the next generation isn’t just a catch-phrase for Columbia Community Church; it’s part of their DNA. “We’re in our sweet spot,” Mark explains. “But we cannot get too comfortable.”

The church hopes to complete their renovations by Easter. To learn more about the church’s seeker-sensitive—not seeker-driven—philosophy, read “Church’s Attendance Triples, Spiritual Growth Beyond Measure.”

In Washington, across North America, and around the world, God is on the move in the Church of God. Join the movement. Reach our world. Donate today at give.jesusisthesubject.org.