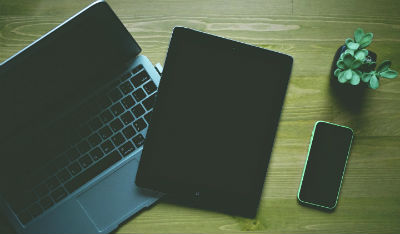 Angela Lu, writer of the World news article “Connecting the dots between sex trafficking and pornography,” quoted that 87 percent of male and 31 percent of female college students watch pornography. Even more men and women outside the college environment are participating in this media—a practice that is endangering the way we look at each other as human beings. God surely knew what he was doing when he called each of us to purity.

In an interview with Lisa Pay, professor of social work at Anderson University, she stated that “porn interrupts long-term growing union[s] in the context of compartmentalized sex… [it] is focused on only one aspect of the sexual union.” This compartmentalization twists the way we see the marriage relationship and disfigures the union God meant for good into a single act of self-pleasure, greed, and control. Pay said that pornography “reinforces men’s idea of performance without [promoting the] risk [involved in] relationship and intimacy;” and it also allows “women to fantasize and control without the need for vulnerability.” Pornography provokes people to become distant, unloving, and even cruel through objectifying the opposite sex and turning relationship into self-gratification. Although pornography changes the way people view marriage, it affects far more than just our marriages, but all relationships we have.

In the article titled “Pornography and the Male Sexual Script: An Analysis of Consumption and Sexual Relations,” Chyng Sun. et. al, state that “consumers use pornographic sexual scripts to navigate real-world sexual experiences and guide sexual expectations. The cognitive processing of these sexual scripts takes place without forethought, done primarily through habit.” These scripts are like tools we use to understand our world and the people in it, but instead of allowing us to see the world as God has created it, porn reduces people to roles of dominating, or being dominated, not as mutual love. In the days of the Apostle Paul, many types of sexual misconduct were present in the Roman world, which affected public perception of sexuality. Paul warns Timothy about these tendencies that reduce the value of people in our view of them:

Do not rebuke an older man harshly, but exhort him as if he were your father. Treat younger men as brothers, 2 older women as mothers, and younger women as sisters, with absolute purity (1 Tim 5:1–2 NIV).

While we may not consciously realize it, viewing people from these scripts asserts a sense of control over them, control that abuses the kind of relationships God meant for us to have.

We disillusion ourselves when we think in these terms of control, and dominance over each other. Jesus says:

My command is this: Love each other as I have loved you. Greater love has no one than this: to lay down one’s life for one’s friends (John 15:12–13 NIV).

So true love is not selfish gain, but rather selfless sacrifice. Instead of seeking pleasure from images on a screen, we must seek to lay down our pornographic vices that corrupt our sight of the image of God innate in people. Pornography will

Make the heart of this people calloused; make their ears dull and close their eyes. Otherwise they might see with their eyes, hear with their ears, understand with their hearts, and turn and be healed (Isaiah 6:10 NIV).

Pornography presents a real and significant danger to the mental and spiritual lives of its users. Cigarette and alcohol companies are required to place labels on their products warning of their potential harm, but we see no such thing with the porn industry; yet their product warps human perception of the world in ways God did not intend. Through the lens of pornography, we see a world where pleasure is king and mutual respect love and devotion can be done away with. Through heaven’s lens, we see a world where every man, woman, and child is a creation made in the image of our Maker.

Pornography is just one of the issues TraffickLight 2.0 will tackle. With your help, Trafficklight 2.0 will be unveiled on Freedom Sunday 2017, March 5. Please consider holding a place in your service for a short video introducing this next stage in calling our attention to the global—and local—human trafficking issue, and how close to home it really is for each one of us. Visit www.chogtrafficklight.org.

Levi Scott is a Christian ministries major at Anderson University.