Not many eighty-six-year-olds host their own TV and radio shows, but Pastor David Rymer is not your typical octogenarian. His enthusiasm for life and the Lord is contagious. Although he had no formal radio or TV training, Rymer jumped when he was offered an opportunity to share the gospel with a wider audience.

“When they asked me if I would do this, I immediately said yes. It’s the joy of my heart to talk to people about Jesus,” he explained. “I just took a step of faith and God has been with me.”

The half-hour program airs several times a day on KJAJ LP-FM 98.1 out of Coos Bay, Oregon, but anyone around the world can tune in at www.kjaj.org. 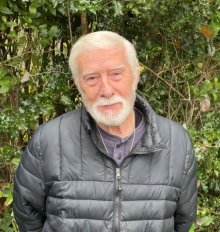 Though having previously retired as a Church of God pastor, Rymer is hardly retired; he also serves as an elder at Shoreline Community Church in Coos Bay, and has ministered to the most down and out of God’s children, from Skid Row in Los Angeles to prison and jail ministries. “It brings a tremendous amount of joy to me to tell the world about Jesus,” he said. “I had such a dramatic conversion sixty-five years ago that, from the day I was saved, I wanted to preach God’s Word.”

For his weekly TV show, Rymer chooses a relevant topic, like faithfulness or trials, and researches it on his computer. The program is titled What God Knows, and is broadcast through the Coos Bay local cable TV station. His program is accessible at coosmediacenter.viebit.com by searching for the show’s title. “Every day when I get up at 6:30, I’m writing and preparing messages all day in my office,” he said.

Being a cable television host has been a learning curve for him, but Rymer has met the challenge head on. “When you’re on TV, you have to look right into the camera, and I just minister to people as I’m talking. I want to connect with them on a personal level,” he explained. “I try to lead people to the Lord on every program.”

This father of seven children, eighteen grandchildren, and seventeen great-grandchildren, attributes his energy and zest for life to a merry heart and a lifetime of service to the Lord. His wife of fifty years, Lori, passed away four years ago.

Rymer also keeps busy as an elder at Shoreline Community Church by making hospital visits, contacting a list of more than sixty people by telephone on a regular basis, and teaching a class on radical believers.

“I put it in first gear when I got saved and I haven’t let up yet,” he said. “This is what makes my life go around.”

Julie Campbell is an editor at Warner Christian Resources (formerly Warner Press) and a freelance journalist. A former city girl from Chicago, she enjoys country life with her husband Russ on a five-acre apple orchard in Madison County, Indiana. She is a blessed mom of three wonderful young adult children and one very spoiled white boxer. 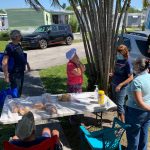 Inspire and Empower: Fresh Approach to Loving Others Bears Fruit in FloridaAll Church of God, Change the Story, CHOG, Southeast 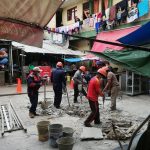