By chogministries
Posted February 24, 2012
In All Church of God, Global Strategy
Twice Thrown Away, Twice Retrieved2012-02-242020-02-29https://www.jesusisthesubject.org/wp-content/uploads/2016/07/ChogLogo-Light.svgChurch of God Ministrieshttps://www.jesusisthesubject.org/wp-content/uploads/2016/07/ChogLogo-Light.svg200px200px

“He lifted me out of the slimy pit, out of the mud and mire; he set my feet on a rock and gave me a firm place to stand. He put a new song in my mouth, a hymn of praise to our God. Many will see and fear and put their trust in the LORD.” (Psalm 40:2–3 NIV1984)

Jesus is in the business of saving. When others grow weary, when others give up, when others lose hope, Jesus is there to lift us up out of the mire and set our feet on the rock. This is not only good news; it is the best news! The woman at the well, the Syro-Phoenician woman, blind Bartimaeus, Mary Magdalene, and so many others not only got a rough deal in life, but they were also judged and forsaken by those around them. Twice thrown away.

By the way, I have a new guitar. Well, it is not really new, but new to me. I got it out of the trash at school. Our business manager found three guitars in the neighborhood trash, picked them up, kept one for himself and threw the other two, which had parts broken and missing, into the school trash. Twice thrown away.

I found them, fixed them, gave one to Tamagawa Church for the youth room, and kept one. Twice retrieved.

On January 30, Tamagawa Church of God once again visited the Kirigasaki Village temporary housing units in the mountains around Onagawa, a town swept away by the March 11 tsunami. I played my new guitar as we sang with these unreached folks: “In His time, in His time, He makes all things beautiful in His time….” Then I gave a short talk from John 3:16, and told them about God’s love that continues to seek and to save the lost. 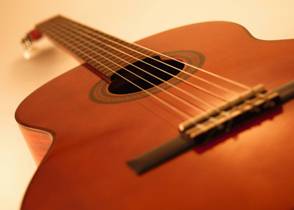 I told them how thrilled I was when I first heard music come once again from this twice-retrieved guitar—a guitar that had been thrown away two times but was now once again fulfilling the purpose for which it was made.

The next time I played my twice-retrieved guitar was at the national pastors meeting, held in early February. The theme for this year’s study was “Calling.” I was privileged to give a brief message for the opening worship.

After sharing about my twice-retrieved guitar, and the visit to Onagawa, I reminded the pastors of a well-known Japanese poem titled “The Canary That Lost Its Song.” While the early verses of the poem suggest throwing it away, burying it, or beating it, the final stanza exalts that “a ride on an ivory boat on the moonlit sea will help the canary remember its song.”

After a rich time of study and retreat—“a ride on the moonlit sea”—the pastors closed the three-day retreat by singing the canary poem together. Twice retrieved!

Please pray for the twenty-four ministers serving the Church of God in Japan as they fulfill the purposes for which they were called.

Bernie Barton serves as your career missionary for Global Missions in Japan.